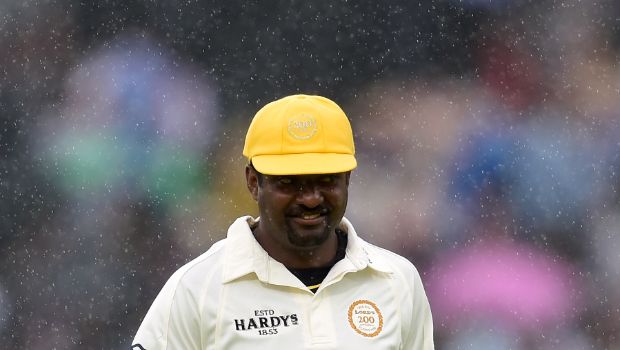 On the other hand, Nathan Lyon has scalped 197 wickets in 51 Test matches in the Australian conditions where there isn’t much help for the spinners. Lyon has claimed 199 wickets in 48 Test matches while playing away from home at an average of 31.26.

“Ashwin [who has 377 Test wickets] has a chance because he is a great bowler. Other than that, I don’t think any younger bowler coming in will go to 800. Maybe Nathan Lyon is not good enough to reach it. He is close to 400 [396] but he has had to play many, many matches to get there,” Muttiah Muralitharan said while talking to former England captain Michael Vaughan for the Telegraph.

Since Muttiah Muralitharan’s retirement the game has changed a lot as the batsmen are more attacking in their approach due to the rise of T20 cricket.

Murali feels the current generation bowlers can savour success by just bowling a good line and length as the batsmen doesn’t have the patience whereas the bowlers of his generation had to toil hard for their wickets as there were world-class batsmen and flat pitches.

“When I played, the batsmen were technically so good and wickets were flat; now, they try to finish matches in three days. The bowlers in my day had to do extra work to get spin and do something magic to get results. Nowadays, if you bowl line and length over a period of time, you will get five wickets. It is guaranteed because batsmen cannot stay for long without attacking,” Muttiah Muralitharan asserted.

Meanwhile, Nathan Lyon will be playing his 100 Test match for Australia at Brisbane and he is also four wickets away from reaching 400 Test wickets. On the other hand, Ravichandran Ashwin’s participation in the fourth Test looks difficult as he has a back injury.