Aus vs Ind 2021: Asked MS Dhoni how he deals with pressure – Shardul Thakur 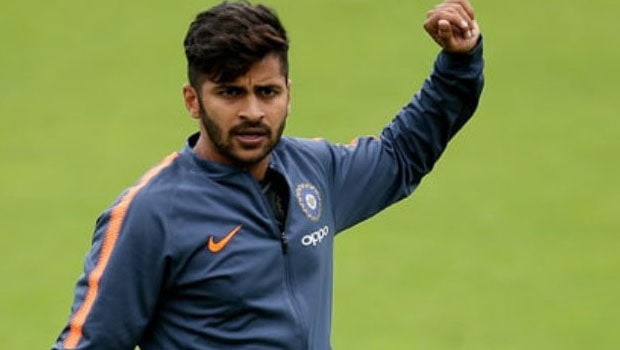 There aren’t many players in the cricketing world who have handled pressure better than former Indian captain MS Dhoni. Dhoni is known for his calm and composed approach and the same helped him reach the top echelons of the game. The former Indian captain has all the experience under his belt and he has seen the highs as well as the lows during his glorious career.

Meanwhile, India’s fast bowler Shardul Thakur plays for Chennai Super Kings in the IPL and he has revealed that he gets to learn a lot while playing under the tutelage of MS Dhoni. The veteran wicket-keeper batsman knows how to keep his emotions in check and always had the mental toughness to succeed at the top level.

Thakur has been trying to pick Dhoni’s brain whenever he has played under him for CSK. In fact, the results have been positive as Thakur came up with a brilliant performance in the fourth Test match at the Gabba against Australia.

Thakur, who was playing only his second Test match, scalped seven wickets in the match. Furthermore, the right-hander scored a crucial knock of 67 runs in the first innings to help his team post 336 runs. The Mumbai batsman added 123 runs with Washington Sundar and played a key role in India’s historic triumph.

Shardul Thakur said while talking to Times of India, “Mostly, I’ve asked him (Dhoni) about how he deals with pressure. He’s dealt with it as a player, captain, member of a losing side. At the same time, he’s received love as a member of a winning side. So, you know, he’s had all kinds of experiences.”

“Whenever he shares his experience, we have something to learn from him. He is a kind of man who will say something each and every day and if you’re smart enough to pick it up, you’ll keep learning. Each and every day, you’ll learn something or the other.”

Shardul must have gained a lot of confidence after his heroic contribution in the Gabba Test. In fact, India was in all kinds of trouble as they had lost six wickets for 186 runs and they were trailing by 183 runs when Thakur had joined forces with Washington Sundar. Ergo, the alliance between the two kept India in the game.

Shardul will look to continue his good show against England if he gets his opportunity in the final XI.