Home » Cricket » Aus vs Ind 2021: Both of us went numb and blank for a while – Ravichandran Ashwin opens up after historic draw

Aus vs Ind 2021: Both of us went numb and blank for a while – Ravichandran Ashwin opens up after historic draw 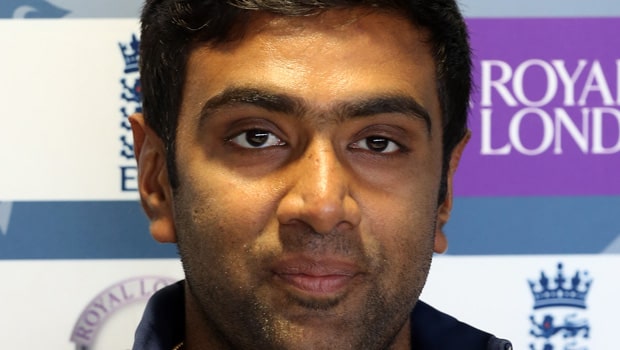 India came up with a stupendous effort to draw the third Test match at the Sydney Cricket Ground on Monday against Australia. Ravichandran Ashwin and Hanuma Vihari played crucial roles in helping their team manage a draw. When Cheteshwar Pujara and Rishabh Pant were dismissed in quick succession, it looked like an impossible task for the team to save the match.

Ravichandran Ashwin wasn’t in the best of forms in the last couple of years whereas Vihari had also struggled to get going in the series. Waiting in the wings was an injured Ravindra Jadeja, who was supposed to bat only if needed. Furthermore, India’s fast bowlers Jasprit Bumrah, Navdeep Saini and Mohammed Siraj are not known to hang in at the crease for a long time.

Thus, the onus was on Ashwin and Vihari to get their team through. Ashwin played Nathan Lyon with aplomb going back and forward according to the length of the ball. Ash also made sure that he had his bat in front of the pads to minimise the risk of getting out bat-pad or LBW. Ashwin faced 128 balls to score 39 runs despite battling with constant back pain and bruises, which he received from the Australian fast bowlers.

On the other hand, Hanuma Vihari went on to suffer a hamstring injury in the early phase of his innings, which made it difficult for him to run quick singles or doubles. However, Vihari showed great resilience especially against the Australian fast bowlers. Vihari went on to face 161 to score 23 runs as he showed great defensive skills.

“Entirely, I cannot explain how I am feeling but I think it was really, really special. In fact, both of us went numb and blank for a while, we did not celebrate towards the end because we did not know what to make of it. We were so channelized for taking on certain bowlers and kept blocking. Last night, when I went to bed with a sore back, I was just telling myself that ‘if I can just keep dead batting like how Faf du Plessis did in Adelaide, I can give myself a good chance’,” Ravichandran Ashwin said while talking to BCCI.TV.

Meanwhile, Hanuma Vihari praised Ashwin for communicating like an elder brother and helping him through the partnership. In fact, Vihari was more comfortable against the fast bowlers whereas Ashwin played Nathan Lyon with ease. Thus, both the batsmen kept the strike accordingly.

“That session was a real experience for me. It was something that you can only dream of, batting on day five. The series is 1-1 and if you can do it for the team, the satisfaction, I think it will slowly sink and then we will realize how big of an effort that was. Was really happy like how Ash, like an elder brother, was communicating and telling me let’s focus one ball at a time and take it as deep as possible. The communication that we had was really special,” said Vihari.

Hanuma Vihari has been ruled out of the fourth Test with a hamstring injury whereas Ravichandran Ashwin is also a doubtful starter for the final Test match. The last Test match will take place at the Gabba, Brisbane from January 15.