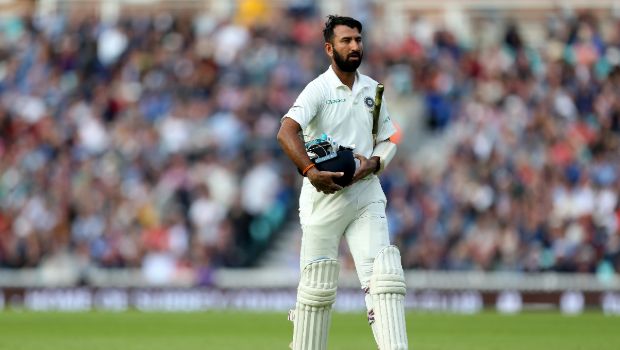 India’s stand-in captain Ajinkya Rahane has lauded Cheteshwar Pujara for his contribution to Indian Cricket. Pujara was under some scrutiny for his paltry strike rate on the recently concluded Australian tour but he was able to do the job of holding one end.

The right-hander faced as many as 928 balls in the Test series and played a key role in tiring out the Australian bowlers.

In fact, Pujara showed great courage as he took the blows on his body from the Australian fast bowlers. Pujara later revealed that he decided not to defend the ball as there was a big crack on the pitch and the ball was rising from that spot.

Pujara scored 271 runs in the four-Test matches at an average of 33.88 but he played a key role in nullifying the effect of the new ball.

“People who understand Test cricket for what it is will never undermine his (Cheteshwar Pujara’s) contribution. He knows his game really well and he’s never been perturbed about what people have to say. His presence in the team is priceless and it allows the rest of the squad to rally around him,” Ajinkya Rahane said while talking to Times of India.

“His determination, focus… these qualities have to be admired. Willing to get hit for his team, taking body blows, it was a phenomenal feat. It’s about what your team needs and how gutsy and mentally tough you are. That’s what defines Pujara,” Ajinkya Rahane asserted.

On the other hand, Pujara is never bothered by the fact that he is being criticized for his low strike rate. Pujara knows his role in the team and he always does his best to do justice to that role. The right-hander bats the way he knows and he keeps things simple when he is batting out in the middle.

Pujara is the fulcrum of India’s batting and he binds the middle order together with his solid batting. The right-hander from Saurashtra will look to continue the good show against England in the upcoming four-match Test series.

The first Test against England will take place at MA Chidambaram Stadium from 5th February.