Home » Cricket » Aus vs Ind 2021: Cheteshwar Pujara was the big wicket for me – Pat Cummins

Aus vs Ind 2021: Cheteshwar Pujara was the big wicket for me – Pat Cummins 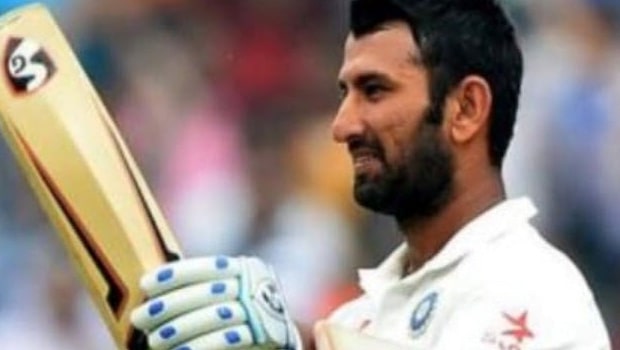 Australia’s gun fast bowler Pat Cummins has revealed that Cheteshwar Pujara was a big wicket for him in the recently concluded Border-Gavaskar series. Cummins stated that once they knew Virat Kohli will head back to India after the first Test, Pujara was always going to be the massive wicket for the hosts.

Pujara had scored 521 runs in the four-Test matches at an impressive average of 74.43 in 2018-19, including three centuries. The right-hander had faced 1258 balls and he was the glue of the Indian batting order in that series, which was India’s first Test series win on Australian soil.

Pujara was relatively kept quiet in the recent series but he was able to make an impact in the third and fourth Test match. The solid batsman faced 205 balls to score 77 runs in the second innings of the Sydney Test and played a key role in saving that game.

Subsequently, Pujara faced 211 balls to score 56 runs in the second innings of the historic Gabba Test match. Thus, Pujara was able to hold one end up and didn’t allow wickets to tumble from his end despite taking 11 body blows. The batsman from Saurashtra scored 271 runs in the four-Test matches and faced 928 balls to frustrate the Australian bowlers.

On the other hand, Pat Cummins was the pick of the bowlers throughout the Test series. Cummins finished with 21 wickets, the most in the series, at an impressive average of 20.05. The World No. 1 fast bowler also breathed down the neck of Cheteshwar Pujara as he dismissed him on five occasions in the series.

“My initial thought was that he (Pujara) was the brick wall, so once we opened up his end, I thought that still made all three results in the game possible, winning, losing, or a draw. But it was satisfying too: before the series, once we knew Virat (Kohli) was going to miss the last three Tests, Pujara was the big wicket for me.

“He was the deciding factor in the series a couple of years earlier – he was their rock in the middle order – and I felt a big part of the series battle would be played out against him,” Cummins was quoted as saying in Espncricinfo’s ‘The Cricket Monthly’.

On the other hand, Cummins also heaped praise on Rishabh Pant, who finished as India’s highest run-getter in the four-match as he scored 274 runs. Pant had scored a match-winning knock of 89 runs in the second innings of the Gabba Test and Cummins added that Pant knows his game really well.

“He (Pant) is a class player, he takes the game on and to the outside, it might look like it’s quite slapdash, but he knows his game really well, he knows when to attack and what his scoring areas are, so before next series, we’ll need to spend a bit of time on that.”