Home » Cricket » Aus vs Ind 2021: Considering the match situation, I decided to let the ball hit my body – Cheteshwar Pujara

Aus vs Ind 2021: Considering the match situation, I decided to let the ball hit my body – Cheteshwar Pujara 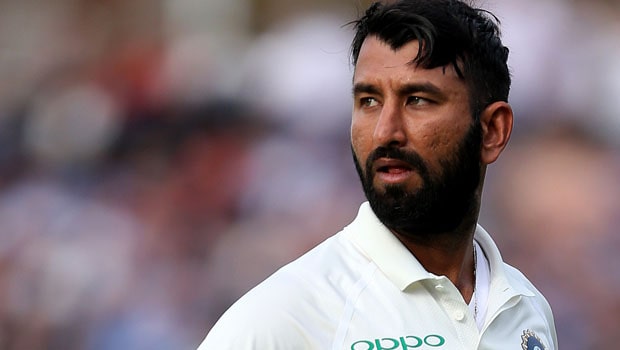 Cheteshwar Pujara’s strike rate of 29.20 in the recently concluded Border-Gavaskar series was the talking point for many experts. Yes, the game is about scoring runs and Pujara had come under scrutiny for his mundane approach while batting. However, there is no doubt that Test cricket is also about resilience, grit, determination, gumption, patience, bravery and many more.

With the series at 1-1, India had a good chance of chasing down 328 runs. Shubman Gill scored a classic 91 to lay down the foundation of the run-chase whereas Rishabh Pant scored a blistering unbeaten knock of 89* to take his team over the line. However, Gill and Pant needed support from the other end, which was provided by Cheteshwar Pujara.

Pujara was successful in holding one end up and didn’t let the wickets tumble from his end. The solid batsman had to cope up with blows on his body as he faced a barrage of short deliveries from a relentless Australian bowling line-up, especially from Pat Cummins, who was at his absolute best.

Pujara revealed that there was a risk of gloving the ball if he had tried to defend it because of the crack and thus he decided to let the ball hit his body and keep the Aussie fast bowlers at bay.

Pujara decided to put his body on the line for his team and his knock of 56 runs from 211 balls played a key role in India’s chase of 328 runs. The Saurashtra batsman wasn’t going to back down and showed great courage in his batsmanship.

“I mostly got hit from one end and that too against (Pat) Cummins. There was this crack on the pitch around the short- of-length spot from where the ball would just take off. Cummins has the skill to make the ball rear up from there and make it follow you. In case I took my hand up to defend it, there was a risk that I would glove the ball. Considering the match situation and how we couldn’t afford to lose wickets, I decided to let the ball hit my body,” Pujara told Indian Express.

Pujara took 196 balls to complete his slowest fifty in Test cricket. The right-hander made sure that India remained in a position to draw the Test match if they weren’t going to win it. However, in the end, the tourists were able to pull off an improbable run chase to create history at the Gabba.