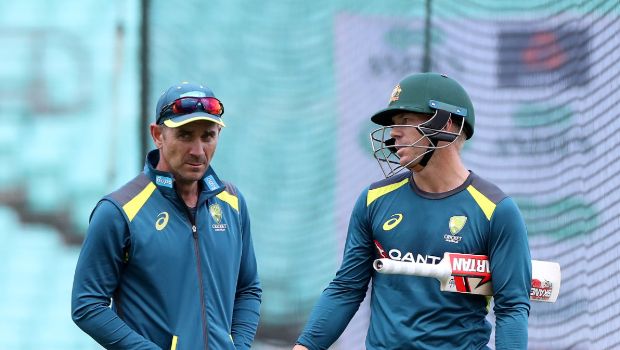 Australia’s head coach Justin Langer has confirmed that David Warner will play the third Test match at the Sydney Cricket Ground against India.

Warner is yet to recover 100% from his groin injury but he is expected to be part of the playing XI in the third Test match. Warner and Will Pucovski were added to the Australian squad for the last two matches after Joe Burns was dropped due to his poor run of form.

Warner will bring value to the Australian team as he has the experience under his belt and his record in the Australian conditions speak for himself. The left-hander is known to bat at an impressive strike rate and he can take the game away from the opposition if he gets settled at the crease.

Warner is a fighter on and off the field and Langer expects him to play with a bit of pain. The Australia’s chief coach has revealed that Warner is not at a stage where he can re-injure himself and thus the team will back him in the all-important SCG Test.

“He’s done enough to play and he’s done 10 years of enough. He’ll be fine, he’s literally a little warrior and worked so hard to get back in, his presence and energy in the team is brilliant,” said Langer while talking to SEN Mornings.

According to reports, Warner also completed a long net indoor session and he was seen having a chat with captain Tim Paine. Langer revealed that Warner will have some challenges while playing in the third Test and he is excited to see him in action in the red-ball format after a long time.

“He has some challenges though. He will be playing under some pain but it’s not something where we think he’ll re-hurt himself,” said Langer.

“But he’ll be in a bit of pain there, he hasn’t played any Test cricket for 12 months, but my gosh I’ll back him in every day of the week. He’s a little warrior and I can’t wait to see him back in action,” concluded Langer.

Warner has scored 7244 runs in 84 Test matches at an impressive average of 48.9 and he can provide a good start to his team, which they haven’t got so far in the series. The third Test match will be played at the Sydney Cricket Ground from January 7.