Aus vs Ind 2021: Final call on Jasprit Bumrah will be taken on match day – Vikram Rathour 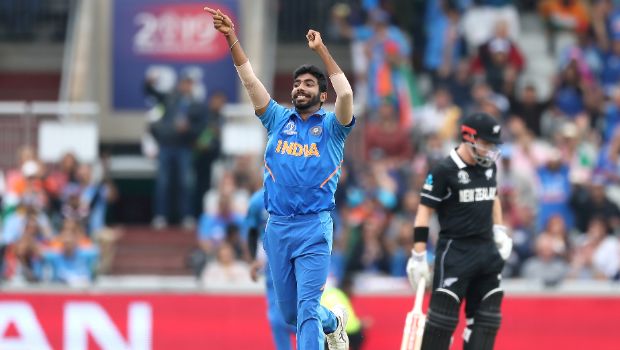 India had released their playing XI for the first three Test matches on the eve of all the matches. However, the visitors haven’t named their final XI for the last Test match due to uncertainty regarding their main players.

Jasprit Bumrah and Ravichandran Ashwin are yet to recover from their respective injuries and they are doubtful for the final match of the Border-Gavaskar series.

India’s batting coach Vikram Rathour has confirmed that the final call on Jasprit Bumrah will be taken on the match day just before the toss. Bumrah is going to hold the key for the Indian team as the visitors are already without the services of the experienced fast bowlers like Ishant Sharma, Mohammed Shami and Umesh Yadav.

Bumrah has thus far scalped 11 wickets in the three Test matches in the ongoing series. The ace paceman showed signs of discomfort in the second innings at the SCG due to abdominal strain.

“Medical team is working with Bumrah. We’ll have to wait till tomorrow morning to see how he pulls up. If he can play great and if he can’t we’ll deal with it,” batting coach Vikram Rathour said in the pre-match press conference on Thursday.

Furthermore, the medical team of the Indian will also be monitoring the fitness of India’s veteran spinner Ravichandran Ashwin, who had batted with a back problem in the second innings at the SCG. Ashwin has snared 12 wickets in three Test matches of the ongoing series.

On the other hand, there was a controversy regarding Steve Smith’s scuffing of Rishabh Pant’s guard in the third Test match. However, Vikram Rathour brushed aside those claims as he stated that Pant hardly noticed the same and took a fresh guard after the break.

“Basically, we didn’t even know about the incident. We knew only after the game when the media picked it up. As a batsman, Rishabh Pant wasn’t even aware. I wouldn’t like to comment as it hardly mattered,” Rathour said in the press conference ahead of the fourth Test in Brisbane.

India could have a difficult time in selecting their final XI due to injury woes. Meanwhile, Australia have announced their last XI as Marcus Harris has replaced injured Will Pucovski, who has been ruled out with a dislocated shoulder.

The final Test match of the series will be played at the Gabba, Brisbane from tomorrow.