Aus vs Ind 2021: Huge key is to get a lot of overs into Bumrah and Ashwin – Tim Paine 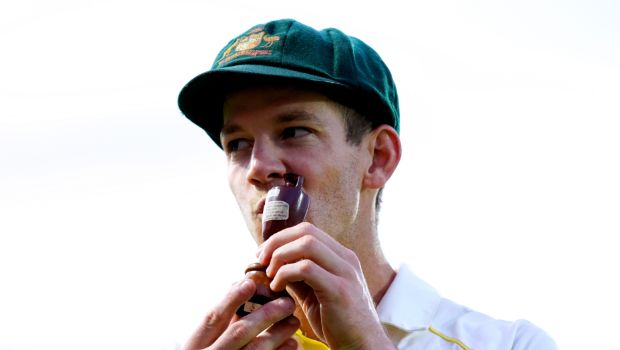 Australia’s captain Tim Paine believes it is crucial for his batting unit to play as many overs against Jasprit Bumrah and Ravichandran Ashwin, who are so far India’s two best bowlers in the ongoing Border-Gavaskar series.

Paine feels if they can tire Bumrah and Ashwin, it will give them a good chance to score a par score.

Consequently, the inexperienced bowlers will need to bowl more if Australia is successful in keeping Ashwn and Bumrah at bay. Ashwin is currently the leading wicket-taker of the series as he has scalped 10 wickets in two Test matches at an average of 17.70. The off-spinner has dismissed Steve Smith twice in the series.

Furthermore, Jasprit Bumrah has also provided consistent breakthroughs as he has snared eight wickets in two matches at an average of 23.62. On the other hand, Mohammed Siraj made an impressive debut as he scalped five wickets in the MCG Test.

Meanwhile, Australia will need to come up with a better batting performance as they haven’t been able to get going. David Warner is expected to return to the playing XI and his inclusion will give a fillip to the team.

“We have seen them do well, the guys who have come in, we have played against them in Australia A games and we know the skills that they have got. So we certainly can’t take any of them lightly,” Tim Paine said in the pre-match press conference.

“But obviously, a huge key is to try and get a lot of overs into Bumrah and Ashwin. If we can do that, then obviously we are scoring more runs and we are making the younger guys bowl a bit more as well,” Tim Paine further added.

Tim Paine also added that the Indian team has the batting depth in their squad. Gill made an impressive debut as he scored 45 and 35* in the Boxing Day Test whereas Ravindra Jadeja scored a fine knock of 57 runs. Rahane had scored a magnificent 112 runs and thus the visitors had come up with a collective batting effort.

“Ideally, we want them bowling a lot of overs, which means we are scoring a lot of runs. But what we have seen again with the Indian batters is that they have got some real depth around their squad now. The guys like Gill who have come in, are very very good players and dangerous players, ” Tim Paine asserted.

Meanwhile, India have announced their final XI as Navdeep Saini will make his Test debut whereas Rohit Sharma will open the innings with Shubman Gill.