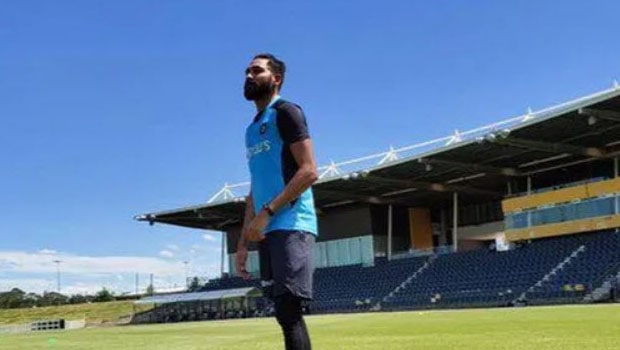 India’s rookie fast bowler Mohammed Siraj has had a dream start to his Test career. Siraj made his debut in the Boxing Day Test match at the MCG and scalped five wickets in his first Test match. Siraj stated that he really enjoyed playing under the captaincy of Ajinkya Rahane as the latter gave him all the confidence in his maiden series.

In fact, Siraj impressed one and all as he bowled in the right areas. Siraj was mostly right on the money and he was able to reap the rewards for his accurate bowling.

Meanwhile, Siraj was also leading the Indian bowling attack in the fourth Test match as he was playing his third Test, the most in that bowling line-up. Siraj didn’t disappoint as he scalped his maiden five-wicket haul and returned with figures of 5-73 in the second innings of the Brisbane Test to keep Australia under 300.

In fact, Siraj finished as India’s highest wicket-taker with 13 scalps in three Test matches at an average of 29.54.

On the other hand, Ajinkya Rahane is known to keep his cool and he was able to get the best out of the young players on the Australian tour.

“Ajju Bhai (Ajinkya Rahane) gave me a lot of confidence. I feel really great that I could repay the faith he had shown in me. He was always having a conversation with me regarding what I could do better. So I really enjoyed playing under his captaincy,” Mohammed Siraj said while talking to Sports Tak.

Meanwhile, Mohammed Siraj revealed that the team atmosphere was cordial, which helped them deliver their best against Australia. India was bundled out for 36 but Siraj stated that Ravi Shastri told them they will never get dismissed for 36 again.

“Ravi sir had told us that we will never be 36 all-out again. So our team management had formed a really positive atmosphere. They were giving confidence to the youngsters,” Mohammed Siraj said.

The way the Indian team bounced back after the Adelaide debacle was incredible and the players as well as the team management deserve a lot of credit. Siraj was one of the biggest positives for the Indian team on the Australian tour and he will look to continue the good show.

India will take on England in a four-match Test series starting from February 5 at the MA Chidambaram Stadium, Chennai.