Home » Cricket » Aus vs Ind 2021: I want to win every Test match, a draw is always the secondary option – Rishabh Pant

Aus vs Ind 2021: I want to win every Test match, a draw is always the secondary option – Rishabh Pant 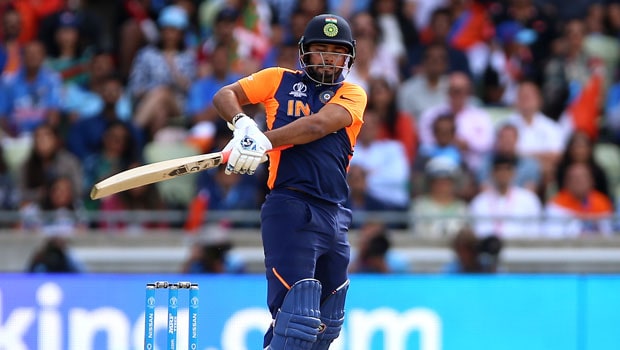 India’s pugnacious wicket-keeper batsman Rishabh Pant has revealed that he always wants to go for the win and drawing a Test is always the second option for him. Pant, who had been under scrutiny for his performances, stated that the team management’s message was to go for the win in the Gabba Test depending on the situation.

As the Indian team was given a perfect start by Shubman Gill, they were always in the run-chase. Gill scored a free-flowing knock of 91 runs and he got his runs at a decent pace. However, a crucial role was played by Cheteshwar Pujara, who scored a fine knock of 56 runs from 211 balls. Pujara held one end up and made sure that the visitors didn’t lose any wickets from his end.

When Rishabh Pant joined forces with Pujara, India required another 161 runs to win. The tourists needed another 145 runs to get in the final session but with Pant at the crease, they were always going for the win. The left-hander took his time in the initial phase but he was able to change his gears and took the attack on the loose balls.

Pant was guile in his shot selection and didn’t play any rash shots except the one in the last over of the win. The southpaw kept his nerve and scored an unbeaten 89 to take his team to a historic win.

“The mindset was always to play normal cricket, even the team management spoke about it in the first innings. Let’s look to score runs, cash in on the loose balls, just stick in there and do whatever you can at that time.

“The team management’s plan from the beginning of the match was ‘let’s look to win the match’. Even my thinking has always been to win. I just want to win every game, draw is always the secondary option,” Pant said on Sports Today.

Pant had scored a fine knock of 97 runs in the second innings of the Sydney Test match and had given a glimmer of hope to the visitors. However, Pant was able to take his team over the line in the Gabba Test match.

The 23-year old batsman proved his batting mettle and ended the series as India’s leading run-getter as he scored 274 runs in three matches at an impressive average of 68.50.