Home » Cricket » Aus vs Ind 2021: I was ready for the fight – Ravichandran Ashwin on batting in pain to save SCG Test

Aus vs Ind 2021: I was ready for the fight – Ravichandran Ashwin on batting in pain to save SCG Test 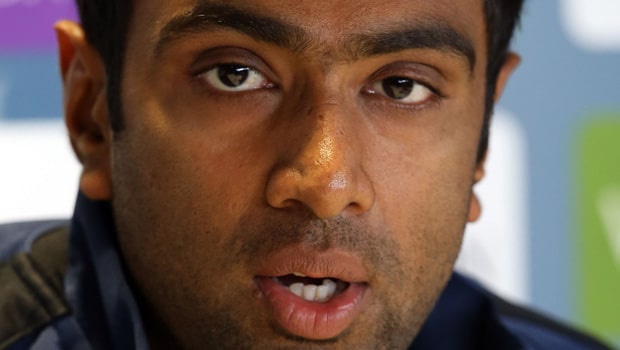 When Cheteshwar Pujara was dismissed by Josh Hazlewood in the second session of the final day, it looked like the match was done and dusted for the Indian team. Hanuma Vihari was in considerable pain after he pulled his hamstring while running whereas Ravichandran Ashwin had to cope with a few blows on his body from the Australian fast bowlers. Furthermore, there was a wounded Ravindra Jadeja waiting in the wings.

It had been a paltry tour thus far for Hanuma Vihari and his place was also under the scrutiny. The right-hander was run-out in the first innings and then also dropped Marnus Labuschagne in the second innings. However, Vihari made a superb comeback as he showed all the resistance to play 161 balls.

On the other hand, Ravichandran Ashwin hasn’t delivered the goods with the bat in the last couple of years. Ashwin revealed that he was batting well in the nets but had failed to convert his starts in the middle. The off-spinner showed great defensive skills, especially while facing Nathan Lyon.

Ashwin batted for 128 balls for his 39 and it was a crucial knock for the team. The right-hander showed all the gumption and revealed that he was ready for the fight against the potent Australian bowling line-up.

Ashwin said while talking to Fox Sports, “I felt that Cummins was bowling in a different league altogether, especially when the second new ball was taken. But I was ready for the fight. For me personally that innings was very important because I haven’t got a lot of scores in the last 18 months or so but I have been batting well in the nets. I even batted well in the first innings before running myself out. So it was good to spend some time in the middle.”

On the other hand, Ashwin’s wife Prithi also revealed that the off-spinner was in a lot of back pain before the final day and he couldn’t even stand straight after waking up. However, Ashwin was able to deliver a magnificent performance.

Prithi tweeted, “The man went to bed last night with a terrible back tweak and in unbelievable pain. He could not stand up straight when he woke up this morning. Could not bend down to tie his shoelaces. I am amazed at what @ashwinravi99 pulled off today”.

It was a marathon effort from Ravichandran Ashwin and Hanuma Vihari to keep the Australian bowlers at bay. Furthermore, Cheteshwar Pujara and Rishabh Pant also deserve a lot of credit for adding 148 runs for the fifth wicket partnership.