Home » Cricket » Aus vs Ind 2021: I was trying to keep it tight and not leak runs – Ravindra Jadeja

Aus vs Ind 2021: I was trying to keep it tight and not leak runs – Ravindra Jadeja 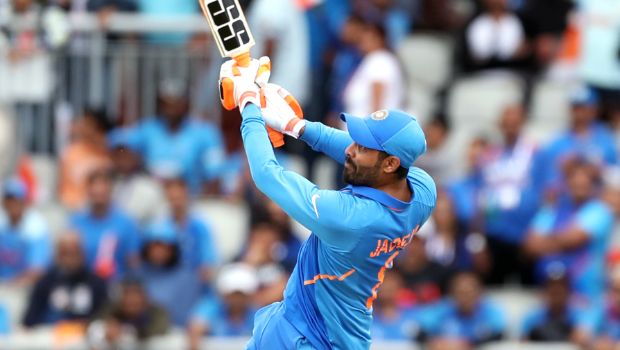 India’s experienced off-spinner Ravindra Jadeja was the pick of the team’s bowlers as finished with impressive figures of 4-62.

Jadeja played a key role in restricting Australia to 338 runs as he got the crucial breakthroughs for the team. The off-spinner revealed that the plan was to keep it tight and not leak runs.

Thus, Jadeja’s strategy was to build pressure from one end as Jasprit Bumrah and Co. were doing a decent job. Jadeja got the big wicket of Marnus Labuschagne when he got some extra bounce from the surface to yield the outside edge, which was brilliantly taken by Indian skipper Ajinkya Rahane at first slip.

Subsequently, Jadeja dismissed Matthew Wade, who was looking to be aggressive against the spinner. Ergo, Jadeja was able to provide two wickets before the second new ball was available.

Jadeja had bowled only three overs on the opening day but Rahane trusted him more on the second day. The off-spinner also bowled Pat Cummins and then plumbed Nathan Lyon in front of the wickets.

“The wicket was pretty flat and slow so I was trying to bowl on the stumps. The ball wasn’t doing much so I tried to keep it tight and not leak the runs from my end because Bumrah and other fast bowlers were bowling well,” said Jadeja while talking to the host broadcaster.

On the other hand, Jadeja feels the batsmen should try to bat for four to five sessions and then they can put their noses in front.

“I think they have batted really well. We have to capitalize on the time we have in the middle. I’ll say don’t worry about the total and keep batting for four to five sessions,” said Jadeja.

Meanwhile, Jadeja also hit the bullseye to dismiss Steve Smith when he had only one stump to aim at. Jadeja has a rocket arm and Smith was well short of his ground.

Australia have posted 338 in the first innings and India have bounced back on the second day. The visitors are 46-0 as Rohit Sharma and Shubman Gill have looked comfortable.