Home » Cricket » Aus vs Ind 2021: I was watching partnership of Shardul and Washington when doctor called me – Virat Kohli

Aus vs Ind 2021: I was watching partnership of Shardul and Washington when doctor called me – Virat Kohli 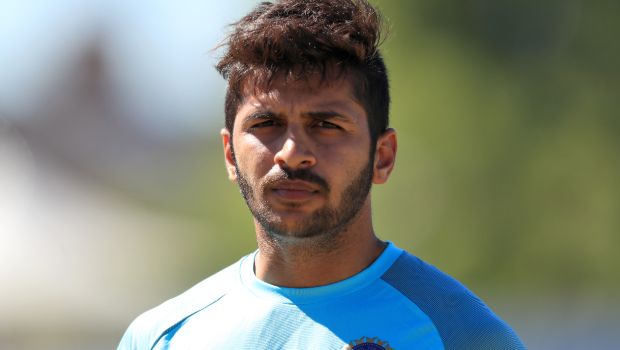 India’s full-time skipper Virat Kohli has revealed that he saw all the last three Test matches of the epic Australia-India Test series.

Kohli stated that he was watching the match-turning partnership of Shardul Thakur and Washington Sundar in the fourth Test match when the doctor called him and his wife, Anushka Sharma.

India was in a spot of bother at 186-6 as they were trailing by 181 runs in the Gabba Test. However, Washington Sundar and Shardul Thakur added a fine alliance of 123 runs to get India back into the contest. Sundar scored 62 whereas Thakur scored 67 as India was able to post 336 runs on the board.

Consequently, the deficit after the first innings was only 33 runs. India was then able to keep Australia under 300 in the second innings and then chased down 328 runs to create history. Thus, the stand between Shardul Thakur and Washington Sundar was the turning point of the match.

“I was watching all the games. Even before the last Test, I clearly remember when Shardul and Washington were going through a partnership, I was watching it on my phone just before the doctor called us,” said Virat Kohli in the pre-match press conference.

On the other hand, Kohli feels the historic series triumph can not be compared with the feeling of becoming a father. Kohli has been blessed with a little girl and he added that becoming a father is the greatest moment of his life.

“I don’t think the two can be compared. To me becoming a father has been and will remain the greatest moment in my life. That is something which has to be experienced to understand what I’m saying.”

“I was so happy and proud to see the whole team come back in the series like we did. Everyone deserves all the credit for what they did in Australia. It was purely out of determination, grit and belief that they achieved what they ended up achieving.”

“That’s something which will remain in the hearts and minds of Indian cricket fans forever. Whether I was a part of it or not, to me it doesn’t matter as much as it does to the Indian cricket team and the whole country. I was very proud and very happy for the boys.”

Kohli will lead the Indian team in the four-match Test series against England. The first Test will be played at the MA Chidambaram Stadium, Chennai.