Home » Cricket » Aus vs Ind 2021: I would have dropped Hanuma Vihari in place of Mayank Agarwal – Sanjay Manjrekar

Aus vs Ind 2021: I would have dropped Hanuma Vihari in place of Mayank Agarwal – Sanjay Manjrekar 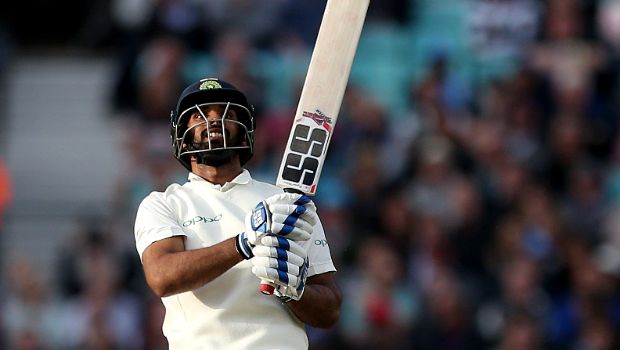 Agarwal has been India’s best batsman in the last two years since he made his debut back in 2018-19 in the Boxing Day Test match.

Agarwal has thus far amassed 1005 runs in 13 Test matches and he has scored his runs at an impressive average of 47.86. However, as Rohit Sharma had to comeback in the third Test match, either Mayank Agarwal or Hanuma Vihari had to be dropped.

Agarwal had fallen prey to Mitchell Starc and had his issues with his stance and backlift. Still, Agarwal had done enough to keep his place and he is surely a tad unlucky to miss out in the third Test match. The right-hander from Karnataka had scored 31 runs in two matches at a paltry average of 7.75 in the ongoing series and he had to pay the price for his poor form.

However, Manjrekar feels he would have dropped Hanuma Vihari in place of Mayank Agarwal in the third Test match. Vihari has also struggled to get going in the ongoing series as he has scored 45 runs in three innings at an average of 15.

“The person they have dropped, it has again become a tactic of rejecting players and not selecting. If it was up to me, I would have kept Mayank Agarwal in the team because he is a young player, has been in good form. I would have kept Shubman Gill down the order with Rohit Sharma as an opener,” stated Sanjay Manjrekar.

“We have seen the capabilities of Hanuma Vihari and how far he can raise his peak. If you consider that, it is a difficult decision, but I would have dropped Hanuma Vihari,” concluded Sanjay Manjrekar.

Mayank Agarwal had a great start to his Test career but he hasn’t been able to deliver the goods in the last four Test matches (two in New Zealand and two in Australia). The flamboyant batsman will look to sort out his issues and come back stronger into the team. Agarwal has been consistent and he will look to turn the tables if he gets his chance in the last Test match.