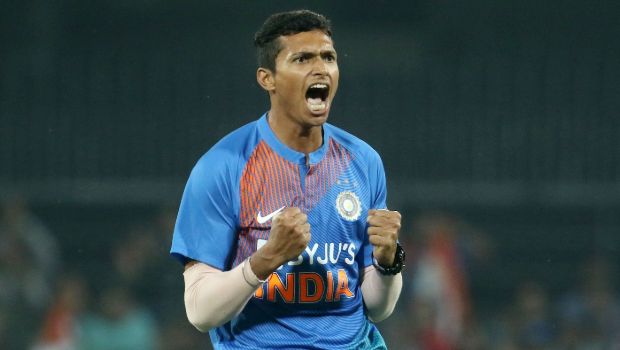 The Indian team have announced their playing XI for the third Test match against Australia at the Sydney Cricket Ground.

Delhi fast bowler Navdeep Saini will make his Test debut in the third Test whereas Rohit Sharma also makes a comeback into the Test team. Saini will replace injured Umesh Yadav, who suffered a calf injury in the Boxing Day Test match.

The fast bowler from Delhi has express pace under his belt and he will look to make an impressive debut. Saini has played 46 first-class matches in which he has snared 128 wickets at an average of 28.46.

On the other hand, Rohit Sharma will open the innings with Shubman Gill, who made an impressive debut in the MCG Test. Thus, Mayank Agarwal has been dropped from the final XI after his poor run of form. Agarwal struggled to get going against Mitchell Starc and had issues with his stance and backlift.

The right-hander could only score 31 runs in four innings at a paltry average of 7.75. Agarwal’s place was in jeopardy when Rohit Sharma was named the vice-captain of the team for the last two Test matches.

Meanwhile, Rohit Sharma doesn’t have a great record in the overseas conditions and he will look to turn the tables in the Australian conditions. Rohit had grabbed his opening opportunity in the Test format as he scored 529 runs in three Test matches against South Africa in 2019.

On the other hand, Shubman Gill and Mohammed Siraj had made impressive debuts in the MCG Test and India will hope that Navdeep Saini also makes a good debut at the SCG. The third Test match will begin from tomorrow.