Home » Cricket » Aus vs Ind 2021: India has been the best team in this series – Shane Warne

Aus vs Ind 2021: India has been the best team in this series – Shane Warne 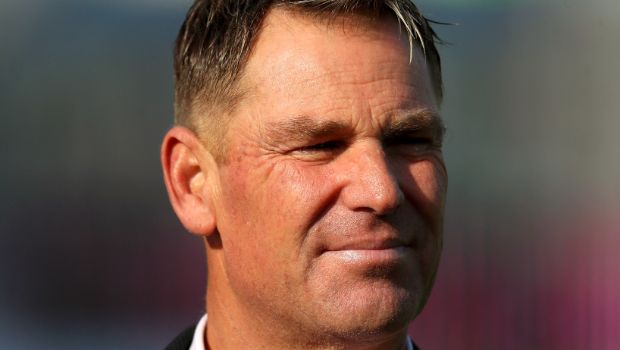 Australian legend Shane Warne has picked India as a better team in the ongoing Border-Gavaskar series.

India have fought like warriors in this four-match series and the visitors made a roaring comeback into the series after they were skittled out for a meagre 36 runs in the Adelaide Test.

Ajinkya Rahane has been able to lead from the front and got his team back into the series. The visitors won the second Test match by eight wickets after Rahane scored a fine century. Subsequently, the tourists were on the backfoot as Australia dominated the third Test match at Sydney. However, India made a solid comeback on the final day of the Test match as they were able to save it.

On the other hand, Warne is not impressed with Australia’s performance. Warne feels Australia have had many opportunities to win the ongoing series but they haven’t been able to grab them with both hands. The former magician leg-spinner also feels Tim Paine hasn’t been able to lead the team from the front.

“I think India has been the best team in this series, but I think Australia has had so many opportunities to win this series, they just haven’t taken them,” Warne told Fox Cricket. “I think at times their tactics haven’t been good enough, and I suppose that’s got to come down to Tim Paine as captain. Why hasn’t he done certain things? He hasn’t had the best time behind the stumps.”

Meanwhile, India bounced back in the ongoing match as Shardul Thakur and Washington Sundar added 123 runs for the seventh wicket on Sunday. The visitors were in some sort of trouble as they had lost six wickets for 186 runs and they were trailing by a big margin of 183 runs. Warne was not impressed by the Australian bowlers, who couldn’t wipe out the Indian tail.

“… it’s also the bowlers, it’s not just the captain. The bowlers are allowed to say what fields they want, what tactics they want. I’ve been surprised at Australia’s tactics, particularly yesterday and in Sydney at times,” he said.

The Indian team has come up with a fight every time they have been put on the back foot by the hosts. Furthermore, the visitors are without their full-time skipper Virat Kohli and they have also been hampered by a spate of injuries.

Meanwhile, Australia currently lead by 276 runs in the second innings and they have three wickets in hand at tea on the penultimate day.