Home » Cricket » Aus vs Ind 2021: India have come up with some really good plans to combat me – Nathan Lyon

Aus vs Ind 2021: India have come up with some really good plans to combat me – Nathan Lyon 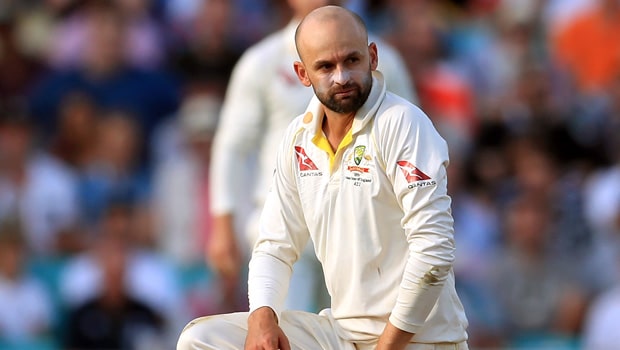 Australia’s veteran off-spinner Nathan Lyon has admitted that Indian batsmen have come up with some really good plans against him in the ongoing series. The veteran off-spinner has had a paltry series against India so far as he has scalped only six wickets in the three Test matches at a poor average of 57.67.

Lyon didn’t have the rub of the green on his side in the second innings of the third Test match as Tim Paine dropped Rishabh Pant twice when he was on three and 56. In fact, Lyon had finished as the joint leading wicket-taker of the previous series against India as he had snared 21 wickets. But, the off-spinner hasn’t been able to replicate the same kind of performances in this series.

“This summer has been challenging. Playing against India, again, I think they’ve come up with some really good plans to combat me.

“Some days the wheel doesn’t turn around and you don’t have much luck in the middle. I’m very happy how they’re coming out of my hand, [I’m] very confident,” he said to reporters on Wednesday.

Lyon has always done a fine job for Australia along with the three fast bowlers but it hasn’t been an ideal series for him so far. The off-spinner relies on overspin to get his dismissals and he expects the Gabba pitch to assist him with more bounce as compared to the MCG and SCG.

“Knowing that if I keep doing my job with the Australian cricket team the luck will keep changing here and there. I’ve just got to stay patient and see how we go,” Lyon added.

Meanwhile, the Gabba Test match will be a special one for Nathan Lyon as it would be his 100th Test for Australia. Lyon has thus far scalped 396 wickets and the Brisbane Test can be more special for the off-spinner if he completes 400 Test wickets there and takes Australia to series win.