Home » Cricket » Aus vs Ind 2021: It is more a problem with Rishabh Pant’s focus than his technique – Sanjay Manjrekar

Aus vs Ind 2021: It is more a problem with Rishabh Pant’s focus than his technique – Sanjay Manjrekar 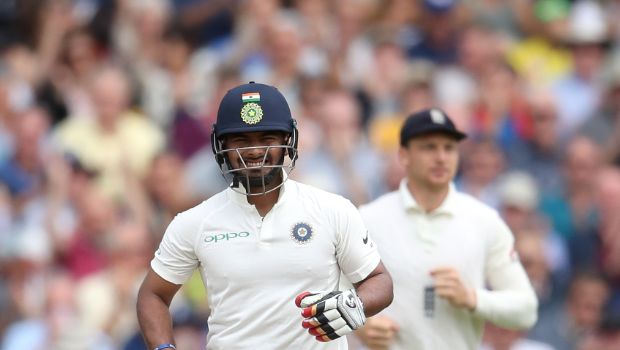 Former Indian batsman Sanjay Manjrekar feels Rishabh Pant’s problem is his focus rather than his technique. Pant didn’t have a great opening day in the ongoing third Test match at the SCG on Thursday as he bungled two catches.

The wicket-keeper gave two lives to Australia’s debutant Will Pucovski when he was on 26 and 32.

Pucovski went on to make 62 runs and Pant’s drop catches cost more than 30 runs to the team. Pant has been backed as a wicket-keeper ahead of Wriddhiman Saha due to his batting skills. However, there is no doubt that Saha is way better as wicket-keeper than Rishabh Pant.

Pant is known to be chirpy behind the stumps and the former Mumbai batsman feels it doesn’t help him to focus on his job. Manjrekar stated that if he was the Indian captain he would advise Pant to shut up and focus more on wicket-keeping as the job requires the same.

In fact, the first chance which Pant got wasn’t difficult as there was hardly any deflection but the wicket-keeper went with hard hands and shelled the catch.

“If you see the dropped catch against the spinner, I feel it is more a problem with his focus than his technique. There was not much of a deflection, and when the ball comes and hits his gloves, it means his mind was somewhere else,” said Sanjay Manjrekar.

“When he talks from behind the wickets and gives advice to Ashwin, I get worried that he should talk less and focus more because keeping requires the greatest focus. If while talking, he can focus and take catches, I have no problem. If I was his captain, I would have told him to keep his mouth shut, eyes open and focus more,” said Sanjay Manjrekar while talking to Sony Sports.

There is no doubt that Pant will need to work on his wicket-keeping especially while standing up to the spinners. Pant has a catch success percentage of 93% whereas it drops to 56% when he keeps against the spinners, according to CricViz.

Pant is known for his aggressive batting but he would need to pull up his socks in his wicket-keeping skills. Australia ended the day one at 166-2 and have put themselves in a commanding position.