Home » Cricket » Aus vs Ind 2021: It was a knock equal of scoring a hundred – Ravichandran Ashwin on Hanuma Vihari’s gutsy innings

Aus vs Ind 2021: It was a knock equal of scoring a hundred – Ravichandran Ashwin on Hanuma Vihari’s gutsy innings 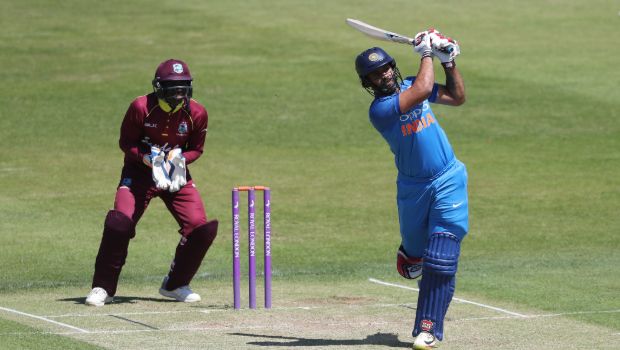 Ashwin played 128 balls to score 39 runs and kept the Australian bowlers at bay in the final two sessions of the last day.

Ashwin got support from a wounded Hanuma Vihari, who had pulled his hamstring in the initial stage of his innings. Vihari faced as many as 161 balls for scoring 23 runs and both the right-handers ensured that the series stayed tied at 1-1 before going into the final Test match.

Meanwhile, it hasn’t been an ideal tour for Hanuma Vihari. He was run-out in the first innings and had dropped a simple catch of Marnus Labuschange in the second innings. However, the right-hander was able to redeem himself with a resilient knock at the SCG in the second dig.

Both the batsmen showed great defensive skills and they were able to save India from defeat. Ashwin feels Vihari’s knock of 23 runs is equivalent to a hundred.

Ashwin said in the post-match ceremony, “After Pujara and Pant’s wicket and with Vihari injured, it was going to be difficult to go for the win. Touring Australia is never easy so Vihari can be proud of himself. It was a knock equal to scoring a hundred. The atmosphere in the dressing room is electric. In Test cricket we don’t get a lot of draws, it was a really exciting last session”.

It was an unbelievable effort from the Indian team on the final day. The visitors had their backs against the wall but they showed all the resilience and fought on the last day to keep the series at 1-1. Cheteshwar Pujara and Rishabh Pant also deserve a lot of credit as they added a fine alliance of 148 runs for the fifth wicket.

In fact, Vihari was seen in a lot of pain due to his hamstring injury whereas Ashwin had copped a few blows on his body from the Australian bowlers. However, both of them kept fighting and didn’t bog down at any stage on the final day.

The last Test match of the series will take place at Brisbane from January 15.