Home » Cricket » Aus vs Ind 2021: It was due to pressure of not getting runs – Vikram Rathour on India’s run-out woes

Aus vs Ind 2021: It was due to pressure of not getting runs – Vikram Rathour on India’s run-out woes 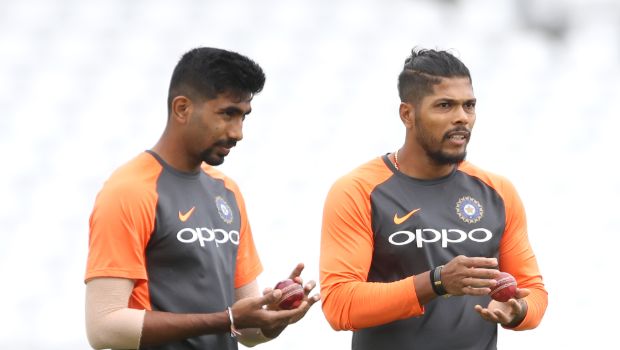 India’s batting coach Vikram Rathour has shed light on the team’s run-out woes in the ongoing series against Australia.

The visitors had three run-outs in the first innings of the third Test match at the SCG and thus they were bundled out for 244 runs. Hanuma Vihari, Ravichandran Ashwin and Jasprit Bumrah were run-out in the first dig.

Vihari fell prey to a brilliant piece of fielding from Josh Hazlewood who hit the bullseye despite being off-balance from mid-off. Ravichandran Ashwin was ball watching and didn’t expect the throw to come to his end and gifted his wicket away.

Furthermore, Jasprit Bumrah was run-out when Ravindra Jadeja wanted to retain the strike in the later part of the innings. On all three occasions, the Australian fielders were able to come up with direct hits.

Rathour believes the run-outs were due to the pressure of not getting runs. India had scored their runs at a run-rate of 2.44 and thus it had put them under pressure as they had not rotated the strike on regular intervals.

“We had three run-outs so it was a concern but I think it was more about a couple of good fielding efforts. And also the pressure of not getting runs at some point. Those were the big concerns. We have had our discussions on that. You can’t really work on anything at this stage but we have had our discussions and hopefully, we will run better in the next game,” said Rathour in a virtual press conference.

In fact, the run-outs have cost the Indian team dearly in the ongoing Test series. Ajinkya Rahane and Virat Kohli were building a good partnership in the first Test match at Adelaide but the former went on to sell the latter down the river.

Furthermore, Ajinkya Rahane was run out when Ravindra Jadeja tried to complete his fifty with a quick single in the second Test match at MCG.

The Australian bowling line-up is relentless and the tourists can not afford to give their wickets via the run-outs. Moreover, the Indian team has been hampered by a spate of injuries.

The deciding Test match will take place at Brisbane from January 15.