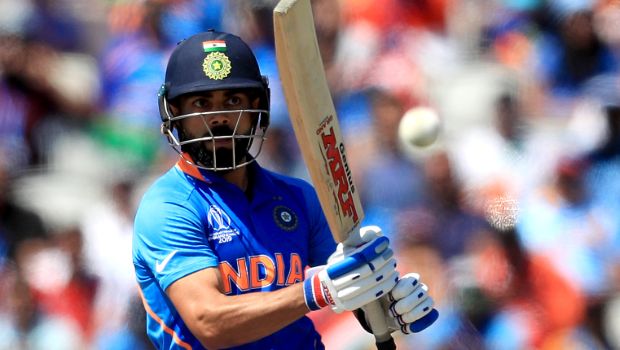 India’s batting coach Vikram Rathour has revealed that it was Virat Kohli’s idea to promote Rishabh Pant at number five in the third and fourth Test match against Australia.

Pant was promoted in the batting order to keep the right and left-hand batting combination to unsettle the Australian bowlers.

In fact, Pant had suffered a blow to his elbow in the first innings of the Sydney Test when he had batted at number six. However, the team management decided to promote him at number five in the second dig. The move paid dividends for the visitors as Pant played a stroking knock of 97 runs and even gave a glimmer of hope to his team to chase down the improbable score.

However, Pant’s knock helped the tourists in saving the Test knock after a gutsy partnership between Hanuma Vihari and Ravichandran Ashwin. Subsequently, with series on the line, the visitors once again promoted Pant to bat at number five in the second innings of the Gabba Test match ahead of Mayank Agarwal.

Pant went on to score an unbeaten knock of 89 runs to take his team to a historic win at Brisbane. The left-hander delivered the goods under pressure and the team’s decision to promote him in the batting order worked wonders.

“It came from Virat, to be honest,” Rathour said while talking to Ravichandran Ashwin on latter’s YouTube Channel. “He said, ‘in case we play both left-handers, it will be a good idea if we can send Pant at No. 5 so that we can have a left-right combination. We discussed it with Ajinkya also. Then during the match, in the first innings, we decided to let him go at No.6.

“Ravi Shastri is a great believer of left-right combination and thought for a long time that Australians don’t bowl that well to the left-handers. And Ajinkya agreed to send him at No.5.”

Meanwhile, in the first Test match at Adelaide, all the Indian batsmen were right-handed. It is imperative to have left-handers in the line-up as the bowlers find it a bit difficult to keep a consistent line against a particular batsman.

It was a masterstroke to send Pant at number five in both Syndey and Brisbane and in the end, the left-hander grabbed his opportunity with both hands.

India will now face England in a four-match Test series in the home conditions.