Home » Cricket » Aus vs Ind 2021: It will be a miracle if Bumrah regains full fitness – Sources

Aus vs Ind 2021: It will be a miracle if Bumrah regains full fitness – Sources 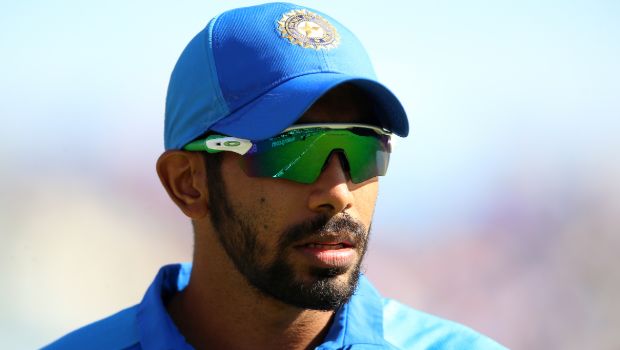 It was earlier reported by PTI that India’s gun fast bowler Jasprit Bumrah has been ruled out of the fourth Test match at the Gabba, Brisbane against Australia due to abdominal strain.

Bumrah had shown signs of discomfort in the second innings in the Sydney Test match. However, there is no official word from the BCCI on Bumrah’s injury.

It is now reported by the team sources while speaking to Times of India that Bumrah’s injury is quite serious and he could barely walk on Monday. Thus, it will be a big call if Bumrah is pushed to play the deciding Test match and it is going to be a miracle if the fast bowler regains full fitness before the final match of the series.

There is no doubt that Bumrah is India’s best fast bowler as he has scalped 11 wickets in three Test matches in the ongoing series. The fast bowler had struck at crucial junctions in the MCG Test and had played a key role in India’s win. The visitors are already without the services of their experienced fast bowlers like Ishant Sharma, Mohammed Shami and Umesh Yadav.

“He (Jasprit Bumrah) had complained of some discomfort during the third Test in Sydney. But he soldiered on. Now, he looks in very bad shape after the Test finished on Monday. It will be a big call to push him to play the next match. He could barely walk on Monday evening. It will be a miracle if he regains fitness for the match on Friday,” said the source.

Meanwhile, ANI had earlier reported that Bumrah will play the Brisbane Test match even if he is 50% fit. However, it wouldn’t make sense to risk Bumrah as he can aggravate his injury during the match and it would be a disaster if he breaks while playing.

“The call that the management needs to take is if they are willing to risk Bumrah aggravating his injury. What happens if he breaks down in the middle of the match? Thus, it looks highly unlikely that he will be playing at the Gabba at the moment,” the source concluded.

The visitors have a problem of plenty due to their injury woes and they will have their work cut out in the final Test match. It would be interesting to note India’s playing combination and the team management will have a hard time in selecting their final XI. The fourth Test match will take place at the Gabba, Brisbane from January 15.