Aus vs Ind 2021: Jasprit Bumrah set to miss the Brisbane Test due to abdominal strain 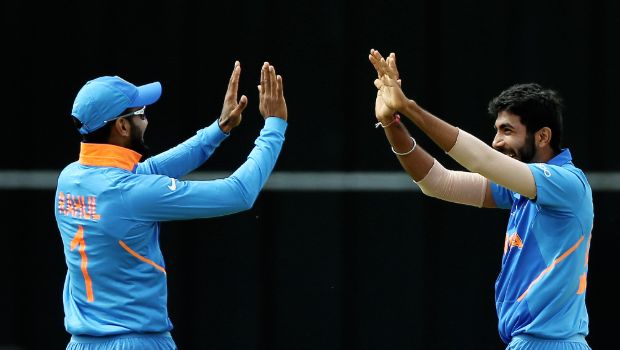 India’s fast bowler Jasprit Bumrah is set to be ruled out of the Brisbane Test match due to abdominal strain, the latest reports claim.

Bumrah had shown signs of strain in the second innings of the Sydney Test match and if he is ruled out of the final deciding Test match, then it will be a huge blow for the visitors.

Furthermore, India will be sweating over the fitness of Mayank Agarwal who was hit in the net sessions in Melbourne. India’s all-rounder Ravindra Jadeja has been ruled out with a dislocated thumb after he was hit by a rising delivery from Mitchell Starc in the first innings of the third Test match at the SCG.

Moreover, Hanuma Vihari has been ruled out of the final Test match with a hamstring injury. Ravichandran Ashwin is also doubtful for the last Test match as he has back issues.

Meanwhile, India’s pace battery has had a difficult time in staying fit during the ongoing Border-Gavaskar series. Earlier, Ishant Sharma was ruled out due to side strain whereas Mohammed Shami was ruled out of the entire series due to a fractured arm after taking a blow from Pat Cummins in the first Test match. Furthermore, Umesh Yadav was ruled out due to a calf injury which he suffered while bowling in the second innings at the MCG.

Ergo, the Indian team management could have a difficult time in selecting their final XI as all the main players have been ruled out due to their respective injuries. The final Test match will take place at the Gabba, Brisbane from January 15.