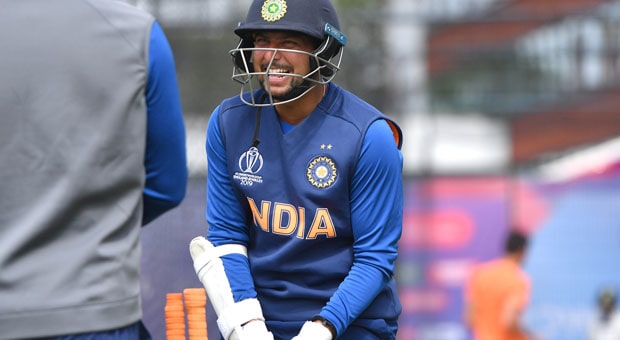 Former Indian opener Aakash Chopra believes Kuldeep Yadav may need to change his IPL team to revive his India career. Yadav currently plays for Kolkata Knight Riders but didn’t get a lot of chances in IPL 2020. KKR played him in only five matches in the 13th season of the tournament as he could only scalp a solitary wicket.

However, Kuldeep would have been disappointed as he couldn’t break into the final XI of the ongoing Brisbane Test match despite the absence of Jasprit Bumrah, Ravichandran Aswhin and Ravindra Jadeja. Furthermore, India played with five bowlers and the visitors decided to debut Washington Sundar.

In fact, Kuldeep had scalped a five-wicket haul in the Sydney Test in 2019 and then the head coach Ravi Shastri had stated that he is going to be number one choice spinner in the overseas conditions. But Kuldeep hasn’t played any Test match since then.

Furthermore, Kuldeep hasn’t got a lot of opportunities in the limited-overs format due to paltry performances. India has backed Ravindra Jadeja, who has significantly improved his batting.

Chopra feels the lack of match practice has led to the downfall of Kuldeep Yadav, who made a promising start to his International career.

“You really feel for him,” Chopra told ESPNCricinfo. “I was there in Sydney when he took those 5-6 wickets, and that was when Ravi Shastri actually said, ‘he is our number 1 overseas,’ and I don’t know whether he has actually played a Test match since then. There was a chance of him playing in Ranchi when he got injured. So where does he go from here? It’s going to be tough. If you don’t play, you don’t become a better bowler by just sitting on the sidelines and warming the bench. So you feel for him.”

“He may also want to take a call with the Kolkata Knight Riders. And if he doesn’t want to be there then get released. Because in the end he needs to play.”

The former KKR batsman feels one bad IPL has ruled Kuldeep out of contention from the Test team.

“There was one bad IPL that actually ruled him out of Test cricket is what I heard. The perception was that his confidence was so down that he can’t play in any other format. If all that is going to be in consideration, then you’ve got to play for a franchise that at least allows you to play.”

Kuldeep has scalped 24 wickets in six Test matches at an average of 24.1 and he was unlucky to miss out in the final XI in the Gabba Test match. It would be interesting to note how he will bounce back in his career.