Home » Cricket » Aus vs Ind 2021: Kuldeep Yadav will be very disappointed, surprised he is not playing – Ajit Agarkar 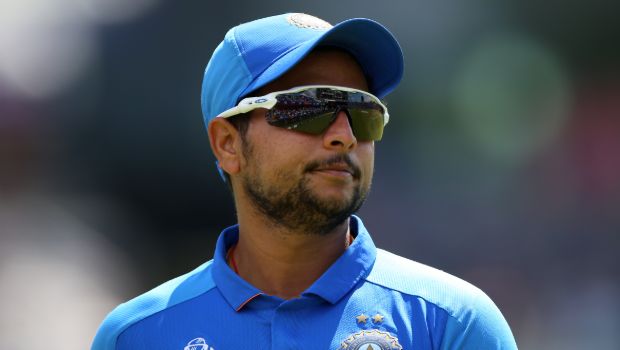 Former Indian fast bowler Ajit Agarkar believes Kuldeep Yadav will be very disappointed for not getting a place in the final XI of the Indian team in the ongoing fourth Test match against Australia at Brisbane.

The visitors decided to go with five bowlers but still there was no place for the chinaman spinner.

In fact, Yadav will be disappointed that he could not make the cut into the final XI. It is expected that India went with Washington Sundar as the youngster can bat a bit. Sundar is known for his economical bowling and got the big wicket of Steve Smith in the second session of the opening day but Kuldeep Yadav would have been a more aggressive option.

Former Australian legend Shane Warne was also surprised as Kuldeep couldn’t break into the team. Furthermore, after the 2018-19 tour of Australia, India’s head coach Ravi Shastri had stated that Kuldeep is going to be the first choice spinner for the team in overseas conditions. However, Kuldeep wasn’t even the second choice spinner in the Brisbane Test.

“He plays overseas Test cricket and he gets five wickets, so he becomes our primary overseas spinner. Going ahead, if we have to play one spinner, he is the one we will pick,” Shastri had told Cricbuzz after Kuldeep picked a five-wicket haul in Sydney.
“There is a time for everyone. But now Kuldeep is our frontline number one overseas spinner.”

“Kuldeep would be very disappointed. He should be. After the last Test of the last series, he was the no.1 spinner for India and hasn’t played a Test since I think? If you are going with five bowlers which have obviously looked at the experience and they had thought we need a little bit more cushion,” Ajit Agarkar told Sony Sports.

Kuldeep has played six Test matches so far in which he has scalped 24 wickets at an average of 24.1, including two five-wicket hauls. The left-arm spinner had also made an impressive debut against Australia at Dharamshala back in 2017 when he took four wickets and played a key role in the deciding Test match.

There is no doubt Kuldeep will be disappointed that he could get a place in the team when neither Ravichandran Ashwin nor Ravindra Jadeja were fit to play.