Home » Cricket » Aus vs Ind 2021: Marcus Harris will play as opener if Will Pucovski fails to recover – Justin Langer

Aus vs Ind 2021: Marcus Harris will play as opener if Will Pucovski fails to recover – Justin Langer 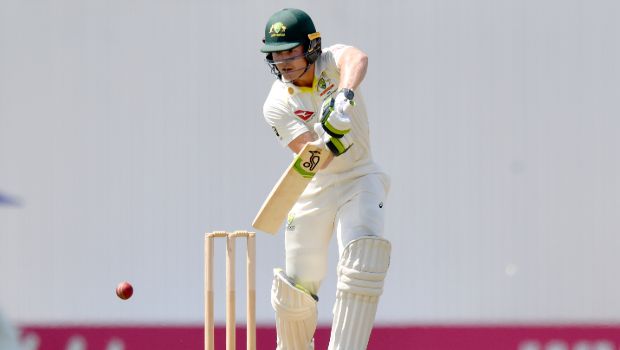 Australia’s head coach Justin Langer has confirmed that Marcus Harris will open the innings with David Warner in the Brisbane Test if Will Pucovski fails to recover from the shoulder injury.

Pucovski had partially dislocated his shoulder while putting in a dive on the final day of the Sydney Test match.

The youngster was also seen in the dressing room with an ice pack on his shoulder. The 22-year old made an impressive debut as he scored 62 runs in his maiden innings and looked assured at the crease.

Meanwhile, Marcus Harris has been in sublime form in the Sheffield Shield matches. The left-hander has scored 355 runs in two matches while playing for Victoria at a splendid average of 118.33, including a highest score of 239 runs.

Furthermore, the southpaw had also impressed during the last series against India in 2018-19 as he had finished as the leading run-getter for Australia with 258 runs in four matches at an average of 36.86.

“Will had a sore shoulder before he fell, he was actually going to have a scan after that day’s play anyway, just to see what was happening. We will see how he pulls up today, we are really hopeful that he will get up and if he doesn’t, then the obvious thing would be Marcus Harris would come in as an opener,” Langer said in a virtual press conference.

Langer added that Will Pucovski should be ready to go if he achieves match fitness in which he is able to bat and catch properly. The youngster had impressed on his Test debut and Australia will hope that the prodigy batsman gets ready for the Test match. Furthermore, it will also help Australia in keeping a right and left-hand opening combination.

Pucovski was expected to make his debut in the first Test match at Adelaide but he was ruled out of the first two matches due to concussion. The right-hander was hit on the head by Kartik Tyagi in the first warm-up match. However, he received his opportunity in the third Test match after Joe Burns failed to deliver the goods.

The final Test match will take place at the Gabba, Brisbane from January 15.