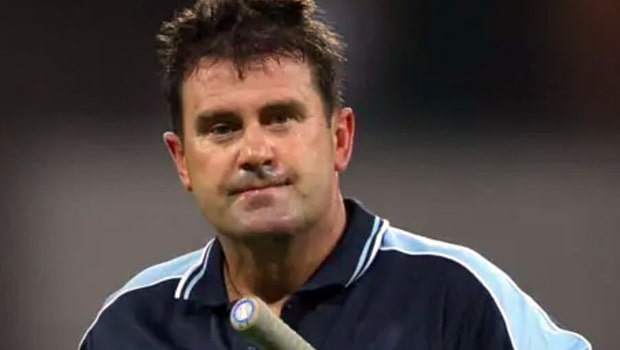 The Indian bowling unit has been successful in keeping Australia’s talisman batsman Steve Smith quiet in the ongoing series. Smith has thus far scored only 10 runs in the two Test matches at a paltry average of 3.33. The linchpin hasn’t been able to get going and Australia have struggled with their batting.

Ravichandran Ashwin has dismissed Smith on two occasions whereas Bumrah has dismissed the right-hander once. The Indian bowlers have strangled Smith down the leg-side and they have been successful in executing their plans. No easy singles are available for Smith and he has been bogged down by the Indian bowlers.

Smith has failed to score freely and Ashwin has dominated him in both the Test matches. The right-hander is the fulcrum of Australia’s batting and he will need to turn the tables in the last two Test matches.

In fact, Smith had an average of 84.05 against the Indian team before the ongoing series but the visitors have been successful in keeping him quiet. Former Australian captain Mark Taylor credited the Indian bowling plans against Smith.

Taylor wrote in his column for Sydney Morning Herald, “I do not believe Smith is in a form slump. His stance, the idiosyncrasies, these are all things that have made him a great batsman. The main difference to me is the opposition’s plans have worked for the first time in years. There’s not much more to it than that. What India have done better than most sides is maintain a more disciplined line, and restricted his ability to score.”

Taylor feels Smith should be aggressive in his batting approach as he has been on the defensive side in the first two Test matches. There is no doubt that Smith is Australia’s best batsman and keeping him at bay is never easy for the opposition. However, the tourists have clear plans against Smith and so far they have worked wonders.

Smith has been a champion batsman and he would aim to get out of the rut. The right-hander will look to be at his best again and it would be interesting to note his approach.

The third Test match will take place at SCG tomorrow.