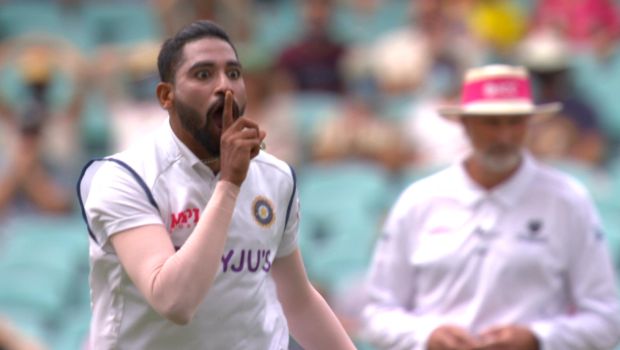 India’s young sensation Mohammed Siraj has impressed with his skills in the ongoing four-match Test series against Australia.

Siraj made his debut at the MCG and scalped five wickets in his debut Test match to hit the ground running. The right-arm fast bowler from Hyderabad has been hitting the good length area consistently against the Australian batsmen and he has reaped fruits for his good work.

Siraj, on Monday, scalped his maiden five-wicket at the Gabba and played a key role in dismissing Australia under 300. After having a perfect day at the office, Siraj has entered an elite list of Indian bowlers. Siraj has become only the fifth Indian bowler to take a five wicket haul at the Gabba against Australia.

Indian bowlers with 5-wicket hauls at the Gabba:

Furthermore, this is also the first time since 2008 that Australia has been bowled out in both the innings of the Gabba Test and only the third since 1987. Thus, it has been an exceptional effort from an inexperienced Indian bowling line-up at Australia’s fortress.

Meanwhile, Siraj was the pack leader of this Test as he was the most experienced Indian bowler. The 26-year old fast bowler has also finished as the leading wicket-taker of the series for India. Siraj snared 13 wickets in three Test matches whereas Ravichandran Ashwin and Jasprit Bumrah bagged 12 and 11 wickets respectively in as many Test matches.

Siraj has given his all in three Test matches he has played and he can be really proud of his achievement. The fast bowler also got the big wicket of Steve Smith with a peach of a delivery. On the other hand, Australia have set up a huge target of 328 runs for the Indian team.