Aus vs Ind 2021: Mohammed Siraj reveals the reason behind tears during National anthem 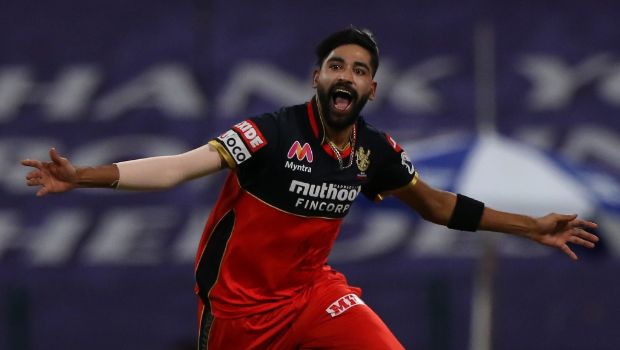 India’s rookie fast bowler Mohammed Siraj was seen in tears during the National anthem before the start of the opening day of the third Test match at the Sydney Cricket Ground on Thursday.

Siraj revealed that he remembered his late Father during the National anthem and he got emotional.

In fact, Jasprit Bumrah also checked on Siraj if he was alright after the national anthem was completed. Siraj’s father Mohammed Ghaus died on November 20 due to lung ailment. However, Siraj couldn’t go for the last rites of his father due to strict quarantine protocols. Siraj decided to stay back in Australia for national duty.

Siraj revealed it was his father’s dream that he represents his country in the Test matches. The fast bowler from Hyderabad made a fantastic debut in the Boxing Day Test match as he scalped five wickets in his maiden match. Siraj bowled with great control and showed a lot of discipline in his line and length.

“At the time of the national anthem I remembered my dad,” Siraj told reporters at the end of the day’s play and he had claimed the first wicket to fall. “He wanted to see me play Test cricket for India and today he would have been proud had he been alive.”

Former Indian players like Mohammed Kaif and Wasim Jaffer took to their Twitter account to share Siraj’s emotional moment during the national anthem. Meanwhile, Siraj dismissed dangerous David Warner cheaply on the opening day of the third Test match to give a perfect start to his team.

Siraj also added that the SCG pitch is great for batting as there is hardly any help for the bowlers. The 26-year old pacer feels they will need to be patient in their approach to savour success on the second day of the match.

Australia have put 166-2 on the board at stumps on day two and they will look to get a big score. Steve Smith has looked aggressive for his 31 whereas Labuschagne is also looking good at 67. India will want to dismiss both of these batsmen early on the second day.