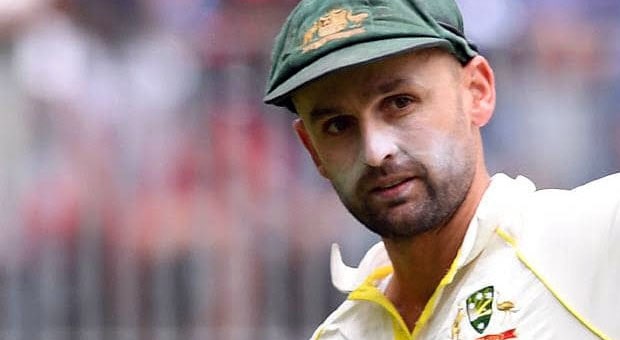 Australia’s veteran off-spinner Nathan Lyon will play his 100 Test match for his country when he takes the field at the Gabba, Brisbane against India. Lyon will become the 13th Australian player to play 100 Test matches as he joins players like Allan Border, Ricky Ponting, Glenn McGrath and Steve Waugh in the elite list.

Lyon is excited to join pure legends in the 100 Test matches club. The off-spinner hasn’t had a great series thus far against India as he has only scalped six wickets in three Test matches at a poor average of 57.67. Thus, the off-spinner will look to turn the tables in the all-important deciding Test match.

In fact, Lyon is on the cusp of another record as he is four wickets away from taking 400 Test wickets. Lyon will join the likes of Shane Warne and Glenn McGrath who are the only Australian bowlers to take more than 400 Test wickets.

“I look at the other 12 guys who have played more than 100 Test matches of cricket for Australia and they’re pure legends,” Lyon told reporters on Wednesday.

“Not just for Australia but (others from) all around the world, I’m going to pinch myself each and everyday to see my name up against those fellows. “It’s pretty amazing. I’ve tried in the past not to look too far ahead. But I’m pretty excited about this … just the thought of playing 100 Test matches for Australia is very humbling.”

Lyon relies on overspin to get his wickets and he hasn’t been able to get the purchase from the pitches in the first three Test matches. However, Gabba pitch at Brisbane is expected to assist him as there will be extra bounce as compared to the previous venues of the ongoing Test series.

In fact, Lyon didn’t have the rub of the green on his side in the second innings of the third Test match as his skipper Tim Paine dropped Rishabh Pant twice when the left-hander was on three and 56.

Australia have announced their playing XI as Marcus Harris has replaced injured Will Pucovski, who dislocated his shoulder in the third Test match. On the other hand, India has not named their final XI due to injury woes.

The deciding Test match of the series will take place at the Gabba, Brisbane from January 15.