Home » Cricket » Aus vs Ind 2021: Nice to score a few and keep a few people quiet – Steve Smith after scoring a majestic 131

Aus vs Ind 2021: Nice to score a few and keep a few people quiet – Steve Smith after scoring a majestic 131 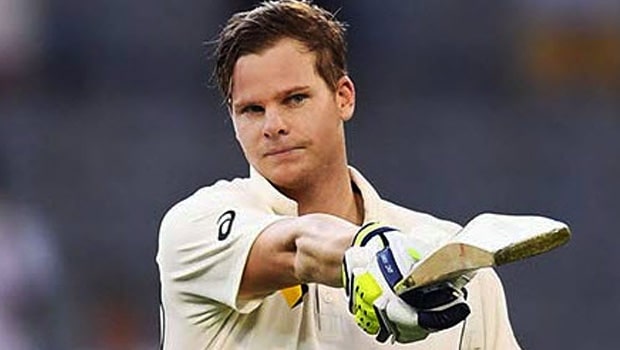 Australia’s talisman batsman Steve Smith made a fine comeback in the ongoing Test series as he scored a brilliant knock of 131 runs on the second day of the SCG Test. Smith had scored only 10 runs in the first two Test matches but he was back at his best in the first innings of the ongoing third Test.

Smith looked positive in his approach from the onset and took the attack on the Indian bowlers. The right-hander once again showed his class after a slump in form. Smith had failed to get going in the first two Test matches, which had allowed some of the cricket pundits to question Smith.

Smith was all excited after reaching the three-digits when he got three runs against Navdeep Saini on the leg-side. This was Smith’s 27 Test ton and he continued his love affair with the Indian bowlers as he scored his eight Test century against them.

Smith said while talking to Fox Cricket, “I’m reading a lot of things people say that I’m out of form, but think I think there’s a difference between out of form and out of runs. Just nice to score a few and maybe keep a few people quiet.”

Meanwhile, Smith had earlier stated that it was good to spend some time out in the middle after he had scored 31 runs on the opening day of the Test match. Smith was dominated by Ravichandran Ashwin in the first two matches but took the attack to the off-spinner in the third Test match.

“I’m good, nice to spend a bit of time out there, nice to stitch in a partnership with Marnus. I wanted to put him (Ashwin) under a little bit of pressure which I haven’t done this series.”

Smith’s brilliant knock of 131 runs helped Australia in posting a score of 338 runs. The right-hander is back at his best and these are ominous signs for the Indian team.

Meanwhile, India ended the second day at 96-2 with Rahane and Pujara unbeaten at the crease. Shubman Gill scored a fine fifty for the visitors and they trail by 242 runs at stumps on day two.