Home » Cricket » Aus vs Ind 2021: Not playing me in Brisbane Test was a correct decision – Kuldeep Yadav

Aus vs Ind 2021: Not playing me in Brisbane Test was a correct decision – Kuldeep Yadav 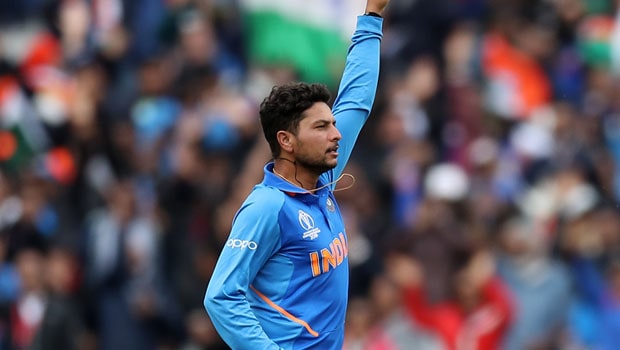 India’s spinner Kuldeep Yadav had every right to be disappointed after he wasn’t picked in the final XI in the Gabba Test against Australia. However, looking back Kuldeep feels it was a right call from the team management and skipper Ajinkya Rahane. Kuldeep was hopeful of getting a game as none of India’s first-choice bowlers were available for selection due to their respective injuries.

However, Kuldeep was left out as India decided to debut Washington Sundar, who has an impressive batting technique. Kuldeep also revealed that the pitch had a tinge of grass on an opening day and thus it was a smart decision to play four fast bowlers and only one spinner.

India’s move to play Washington Sundar ahead of Kuldeep Yadav paid dividends as the Tamil Nadu youngster scored a fine knock of 62 on his debut. Sundar added 123 runs with Shardul Thakur and took his team out of the troubled waters. Sundar also scalped four wickets in the match and also scored a quickfire 22 runs in the second innings.

Furthermore, Navdeep Saini suffered a groin injury in the first innings, which left India with four bowlers throughout the fourth Test match. Thus, the decision to play five bowlers also worked well for the team.

“We would discuss on how our field set up be, or what would be the strategy, rather than thinking about who’s injured. I had my goals set. When we reached Brisbane, I thought maybe I could get a chance to play, but after a look at the wicket – which appeared to be slightly green – it was decided that we would go for four fast bowlers. That was the correct decision,” Kuldeep Yadav said while talking to Sportstar.

In fact, Kuldeep had scalped a five-wicket haul in the Sydney Test match in 2019 but he couldn’t get his chance in the 2020-21 tour. Meanwhile, with Ravindra Jadeja yet to recover from his thumb injury, it is expected that Kuldeep can get his chances in the four-match Test series against England.

The chinaman spinner has scalped 24 wickets in the six Test matches he played at an average of 24.1. The first Test match against England will take place at MA Chidambaram Stadium, Chennai from February 5.