Home » Cricket » Aus vs Ind 2021: Our boys showed a lot of character and determination after the Adelaide Test – Ajinkya Rahane

Aus vs Ind 2021: Our boys showed a lot of character and determination after the Adelaide Test – Ajinkya Rahane 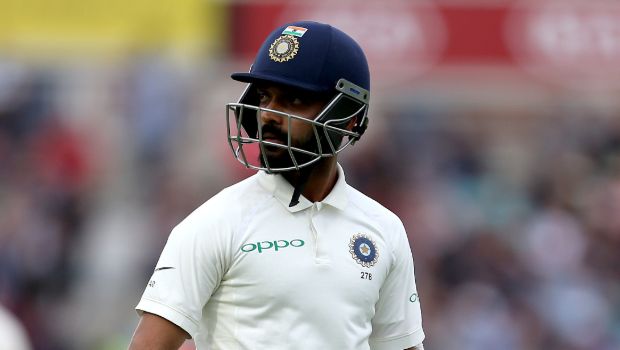 India’s stand-in skipper Ajinkya Rahane was a proud leader after his team stunned everyone to win the Border-Gavaskar trophy.

The visitors required 324 runs on the final day and they were able to chase down 328 runs with three wickets in hand on Tuesday at the Gabba after a heroic batting effort from Shubman Gill, Cheteshwar Pujara and Rishabh Pant.

India lost the early wicket of Rohit Sharma, which must have put them on the backfoot. However, Gill played his natural game and punished the Australian bowlers whenever they veered off the track in their line and length whereas Pujara was rock solid at the other end.

Rishabh Pant joined forces with Pujara when the team needed another 161 runs to win. Pant played with aplomb and took the attack against the Australian bowlers in his own style. The left-hander went on to score a match-winning unbeaten knock of 89 to take his team over the line.

Earlier in the first innings, Washington Sundar and Shardul Thakur had added 123 runs for the seventh wicket and had got their team out of the troubled waters when they were struggling at 186-6. Thus, it was a fine team effort from the Indian team and they deserve all the credit for the historic win at the Gabba. In fact, Australia has been beaten for the first time at Brisbane in 33 years.

Ajinkya Rahane said in the post-match presentation, “It means a lot to us. I don’t know how to describe this, but our boys showed a lot of character and determination after the Adelaide Test. I’m really proud of each individual. The conversation between Pujara and me was that he would bat normally, and I would take it on. It was all about intent. Credit to Pujara, the way he handled the pressure was magnificent. Rishabh and Washington were very good at the end. Taking 20 wickets was the key, so we opted for 5 bowlers. Sundar brought the balance in place of Jadeja. The intention was clear to play five bowlers. Siraj played two Tests, Saini just one, so it was inexperienced but the character shown by the bowlers and everyone else was incredible. We didn’t discuss anything about Adelaide. Just wanted to play the remaining games with good attitude and character without worrying about the result”.

It was a brilliant team performance from India and they have answered their critics in style. Not many expected them to even put up a fight against a formidable Australian team but they have come out as winners. Ajinkya Rahane was spot on in his leadership and did a fine job for the team.

Rahane had also scored a fine 112 at the MCG which had got India back in the series. The way youngsters performed in this Test series, is the biggest positive for the visitors. India will next face England in their home conditions.