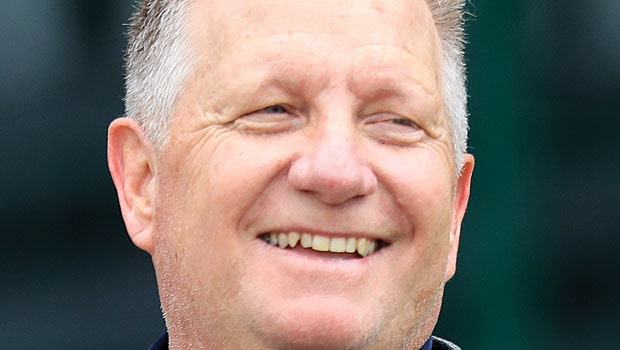 Australia’s former wicket-keeper batsman Ian Healy has lashed out at the Tim Paine-led side after their 1-2 series loss against the second string Indian team. Healy feels the Australian team was not up to the mark and thus it led to their downfall against India in the Border-Gavaskar series.

Healy believes the hosts didn’t tick the right boxes in the fielding department as well as their attitude was not right. Australia was favourite to win at the Gabba, Brisbane against a beleaguered Indian team but they were stunned by the visitors. India’s young guns delivered the goods for the team and the tourists came up with a collective effort to win the fourth Test match by three wickets.

Australia is mostly brilliant in the field but they weren’t able to hold on their chances against India. Furthermore, Healy also questioned Tim Paine’s leadership, who has lost a second straight home series against India.

Healy lambasted the batsmen who couldn’t convert their starts into a substantial score. The former wicket-keeper feels the hosts were too ‘soft’ this summer.

“They weren’t right in the contest often enough. They weren’t hungry to convert 60 runs to 130 runs with individual totals. I just thought we were a bit soft this summer. That coaching staff and senior players, they need to put a finger on why we just didn’t play as well as we should have and rectify it. This team isn’t that bad. They just played bad enough to lose to India’s second XI. Our fielding was hopeless. Two things I’d work with is fielding and attitude, and the rest will follow.” said Healy while talking to SEN 1170’s Drive.

Healy feels Paine might not have trained enough and it reflected in his poor wicket-keeping as he squandered the chances that came his way. The former gloveman reckons Australia were not innovative enough when things didn’t go their way against India.

What I saw with ‘Painey’ in Sydney and Brisbane was that he mustn’t be training hard enough; his wicket keeping technique was off when he kept to Nathan Lyon. I think his captaincy then suffered because he wasn’t trying enough as the captain. That then opens it up to what is the vice-captain doing? Pat Cummins, where are your suggestions on the field? Not much innovation at all, so that really does have to be discussed why all those people in that dressing room missed all that. It was a really strange performance by the captain, vice-captain, coach and the coaching staff”.