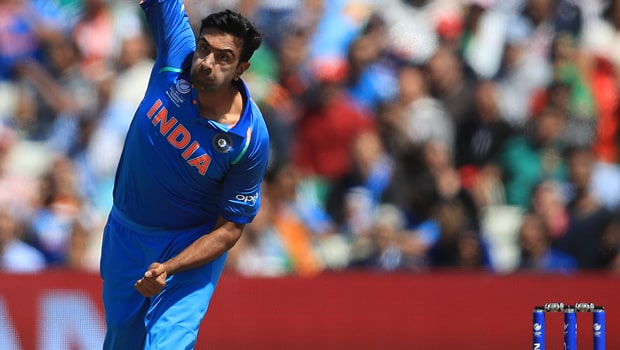 India’s veteran off-spinner Ravichandran Ashwin has shown faith in team’s experienced batsmen Cheteshwar Pujara and Ajinkya Rahane to save India from defeat in the ongoing third Test match at the Sydney Cricket Ground. The visitors were set up a huge target of 407 runs by Australia after the hosts declared for 312 runs in their second innings.

Meanwhile, Ajinkya Rahane and Cheteshwar Pujara are India’s most experienced Test batsmen and the onus will be on them to deliver the goods as the team is on the backfoot. Rahane had scored a majestic hundred at the MCG and thus he is in fine form. Furthermore, Pujara had also scored a fighting fifty in the first innings of the ongoing SCG Test.

Thus, both of these batsmen have got the runs under their belt and India’s hope will rest on their shoulders. In fact, Ravindra Jadeja might not even bat as he had suffered a serious thumb injury. Furthermore, Rishabh Pant is not 100% as he had also copped a blow to his elbow. Consequently, Rahane and Pujara’s role will be imperative in saving the Test match for India.

Meanwhile, India will be up against a relentless Australian bowling line-up as the hosts have bowled their hearts out. Ashwin added that an ideal start for them on the final day will be to not lose a wicket in the first session.

“It is very very important that we play a good first session tomorrow,” Ashwin said. “A very, very ideal and good first session would be to not lose a wicket. These two gentlemen out in the middle have proven through their career how good they are playing this format of the game and playing many good knocks for us. Ajinkya has got a hundred at MCG and Puji has got a fifty in the first innings. We are all very hopeful that they will put in a good performance.”

Ajinkya Rahane and Cheteshwar Pujara will look to bat at their best without taking any risk. There is no doubt that it is going to be a difficult task for the Indian team but Rahane and Pujara have the skills to see them through. Both of these batsmen will need to be cautious in their approach and they will also need to keep rotating the strike.