Home » Cricket » Aus vs Ind 2021: Pujara is not going to hurt you – McGrath explains how Australia has got rid of India’s no. 3 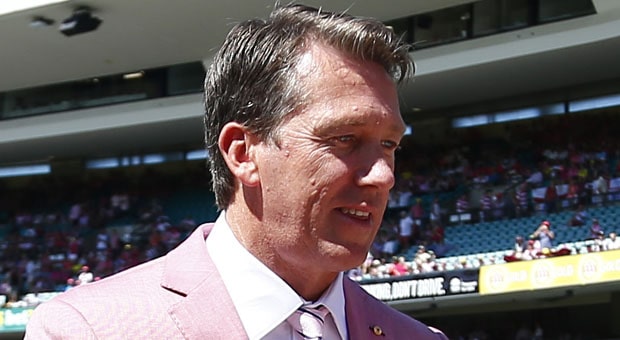 Australian legend Glenn McGrath has shed light on India’s number three batsman Cheteshwar Pujara’s dismissal. Pujara once again looked settled when he faced 94 balls to score 25 runs. However, Pujara could not get a big score as he was dismissed by Josh Hazlewood on Sunday as the Australian paceman stuck to good line and length.

It was a peach of a delivery from Hazlewood as he got the ball to slightly move away from the right-hander and thus drew an outside edge. However, Pujara once again scored his runs at a strike rate of 26.60.

McGrath believes as Pujara goes into his shell, it is easier for the bowlers to keep a consistent line and length against him as he is not going to hurt them by getting quick runs. Pujara has got some unplayable deliveries throughout the ongoing series but he would be disappointed especially after facing 94 balls.

In fact, Pujara was looking to be more attacking on Day three as compared to his previous innings. However, the right-hander hasn’t been able to get a big score under his belt in the ongoing series as he was able to do in the previous 2018-19 series against Australia.

“Pujara is getting out in similar ways, but they are all very good deliveries. They will probably get a lot of right-handers out. They are all around the off-stump, He is (allowing bowlers to bowl there consistently). He is not going to hurt you. If you bowl there, he is not going to score runs. So you can just sit there all day, and he will just bat all day, and he won’t hurt you. And one just does a bit more, and he will be out. The bowlers have to be consistent and have to be patient and get that ball in that right area,” McGrath said on Sony Six.

In fact, it is also noticed that Pujara’s bat is coming down at an angle rather than coming straight at the ball. Pujara’s bat was going towards mid-wicket in the first innings when he was dismissed by Josh Hazlewood. The right-hander has scored 190 runs in six innings in this Test series at an average of 31.67 and a strike rate of 30.50.

Pujara can look to rotate the strike a bit more as he gets bogged down at one end. The Saurashtra batsman will look to get a big score in the final innings of the tour.