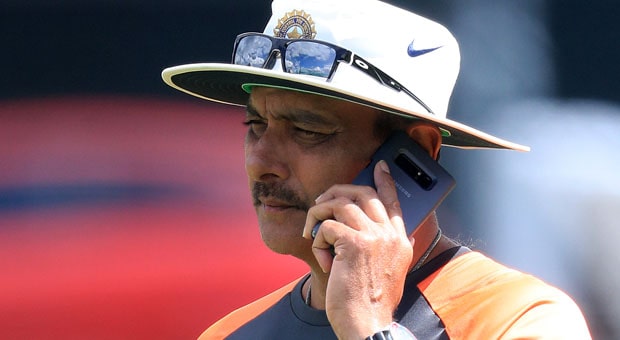 Former England captain Michael Vaughan and India’s women cricket team head coach WV Raman have heaped praise on India’s head coach Ravi Shastri for getting the best out of the team in arduous Australian conditions. Vaughan stated Shastri deserves a lot of credit for the way he has managed this team in the absence of full-time skipper Virat Kohli.

On the other hand, WV Raman credited Shastri for making men out of the boys on this ongoing tour of Australia. The Indian team was on the backfoot after they were dismissed for a paltry score of 36 runs in the first Test match at Adelaide.

However, the visitors bounced back in style as they won the second Test match by eight wickets after Ajinkya Rahane scored a fine century. Furthermore, the team showed great resistance in the Sydney Test match as they were able to save it on the final day.

Moreover, Washington Sundar and Shardul Thakur have kept India in the fourth Test match as they added 123 runs for the seventh wicket alliance. Sundar scored 62 whereas Thakur scored 67 as both of them got their team back into the contest.

Meanwhile, the coaching staff also deserves a lot of credit for their good. The batting coach Vikram Rathour, fielding coach R Sridhar and bowling coach Bharat Arun have all done a fine job in getting the best out of the team.

Vaughan tweeted, “Really enjoy the way @RaviShastriOfc manages this Indian team … He deserves a lot of credit for making them believe they could compete once @imVkohli had gone home … !!”.

WV Raman post read as, “He gets trolled, just for the heck of it sometimes.But he deserves credit for making men out of boys on this tour.Reviving a battered team after the first test is not easy. Well done @RaviShastriOfc for egging the boys to go the 23rd yard!!!”.

The Indian team has fought against all the odds and Ravi Shastri deserves a lot of credit for backing the players. In fact, the visitors have also been hampered by a spate of injuries in the Test series but they have shown all the resistance to keep up the fight.

Australia are 54 runs ahead in the ongoing Brisbane Test and fourth day’s play is going to be crucial for both the teams.