Home » Cricket » Aus vs Ind 2021: Ravindra Jadeja ruled out of the Brisbane Test with a dislocated thumb

Aus vs Ind 2021: Ravindra Jadeja ruled out of the Brisbane Test with a dislocated thumb 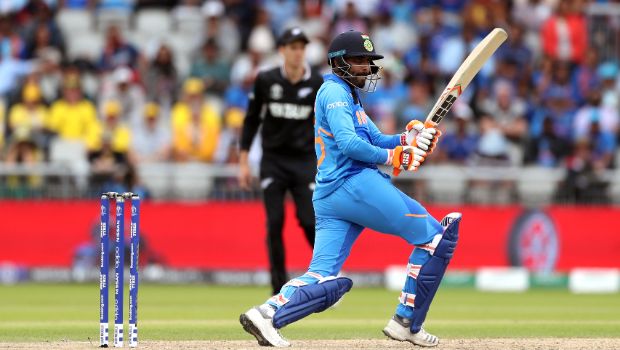 India’s all-rounder Ravindra Jadeja has been ruled out of the Brisbane Test match with a dislocated thumb. Jadeja was hit on the left-hand thumb by Australia’s lead pacer Mitchell Starc in the first innings of the third Test match at Sydney.

However, the tourists didn’t require Jadeja’s services as Ravichandran Ashwin and Hanuma Vihari were able to save the Test match. Jadeja will now consult a hand specialist in Sydney before returning back to India. The all-rounder will begin his rehabilitation process at the National Cricket Academy in Bengaluru.

This is a huge blow for the visitors as Jadeja has been in sublime form. The left-hander had scored a crucial knock of 57 runs in the MCG Test match and had added 121 runs with skipper Ajinkya Rahane.

KL Rahul also suffered a wrist injury during the practice sessions and he was ruled out of the last two Test matches. On the other hand, Indian skipper Virat Kohli had returned back to India to be with his wife for the birth of their first child.

Furthermore, Ravichandran Ashwin had batted with back pain in the second innings at the SCG and he is a doubtful starter for the deciding Test match. Hanuma Vihari has also been ruled out with a hamstring injury.

Thus, the Indian team management could have a difficult time in picking up their final XI for the final Test match, which will take place at the Gabba, Brisbane from January 15.