Home » Cricket » Aus vs Ind 2021: Ravindra Jadeja ruled out of the remainder of series due to thumb injury – Reports

Aus vs Ind 2021: Ravindra Jadeja ruled out of the remainder of series due to thumb injury – Reports 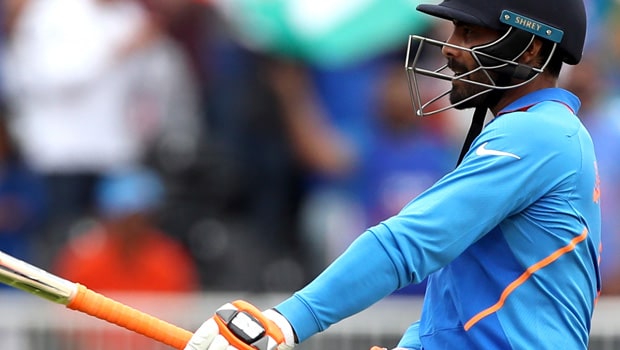 It is reported that India’s talisman all-rounder Ravindra Jadeja has been ruled out of the remainder of the Border-Gavaskar series due to thumb injury. Jadeja was hit on his left-hand thumb by Pat Cummins during the first innings of the third Test match at the Sydney Cricket Ground and could not bowl in the second innings.

The grimace on Jadeja’s face was palpable as he looked uncomfortable when the Indian team physio Nitin Patel attended him after the blow. Jadeja was taken for scans after getting hit and it is revealed that he suffered a dislocated fracture injury.

As reported by the Times of India, Jadeja will likely miss the rest of the series. It is a huge blow for the visitors as Jadeja has been in sublime form in the recent past.

“Ravindra Jadeja has suffered a dislocation and fracture on his left thumb. It will be very difficult for him to wear those gloves and bat. In any case, he will be out of action for at least two to three weeks which rules him out of the final Test,” the senior BCCI official said.

India’s injury woes have manifold as Rishabh Pant was hit on the elbow in the first innings. The left-hander looked uncomfortable and he was soon dismissed as injury played a big part in his dismissal. Subsequently, Pant didn’t even keep the wickets in the second innings and Wriddhiman Saha took his place as a substitute wicket-keeper.

Pant might bat if needed in the second innings but there are doubts over any further participation of Ravindra Jadeja, whose injury is more serious.

India has been hampered by a plethora of injuries on the ongoing Australian tour. Earlier, Mohammed Shami was ruled out due to a fractured arm as he was hit on his wrist by Pat Cummins in the first Test. Subsequently, Umesh Yadav suffered a calf injury in the second Test match after bowling only 3.3 overs in the second dig.