Aus vs Ind 2021: Really happy with the way we fought – Ajinkya Rahane 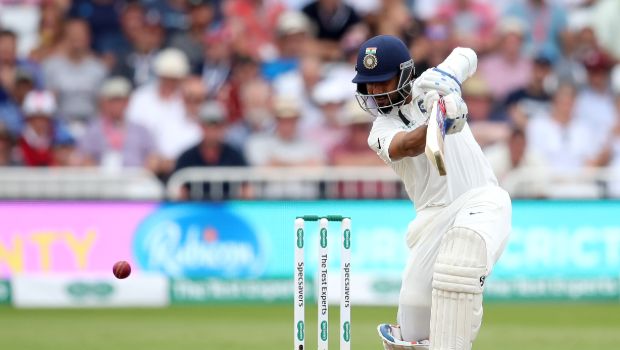 India’s stand-in skipper Ajinkya Rahane is delighted with the performance of his team after the visitors were successful in drawing the third Test match at the Sydney Cricket Ground on Monday.

India had started the final day at 98-2 with Rahane and Pujara at the crease and the tourists had their work cut out against a relentless Australian bowling line-up.

Team India suffered a huge blow as Ajinkya Rahane was dismissed early by Nathan Lyon. However, Pant was promoted to number five to have the right and left-hand batting combination at the crease. Pant took his time in the initial stage as he crawled to five runs off 36 balls.

However, the left-hander played his natural game after that and took the attack to the opposition. India scored 108 runs in the opening session and lost only one wicket. But the visitors lost two wickets in quick succession when Rishabh Pant and Cheteshwar Pujara were dismissed for 97 and 77 respectively.

A lot of overs were yet to be negotiated and Hanuma Vihari suffered a hamstring injury soon after coming out to bat. Ravichandran Ashwin also copped a few blows on his body from Australian pacers. However, both the right-handers kept fighting and didn’t throw in the towel. Both of them showed great defence and kept the Australian bowlers at bay.

India’s stand-in captain Ajinkya Rahane lauded the lion-hearted effort of the team despite being on the backfoot. Rahane stated that the team showed the character when it mattered the most and he was delighted with the performance of his team.

Ajinkya Rahane said in the post-match press conference, “Our talk coming this morning was to show character and fight till the end. Not to think about the result. Really happy with the way we fought especially today but also throughout the game, even in the first innings when Australia were 200 for 2 and getting them all out for 338 was really good. There are few areas we can improve on but special mention to Vihari and Ashwin. The way they batted in the end and showed character was really good to see. Credit to him (Pant). We made that strategy but in the end it is all about the player executing the plan”.

It was an unbelievable comeback from the Indian team to seal a draw when they had their backs against the wall. Cheteshwar Pujara, Rishabh Pant, Hanuma Vihari and Ravichandran Ashwin deserve all the credit for digging in and delivering the goods for the team.

The series is 1-1 and the fourth Test match at the Gabba will be a decider. The final Test match will begin from 15th of January.