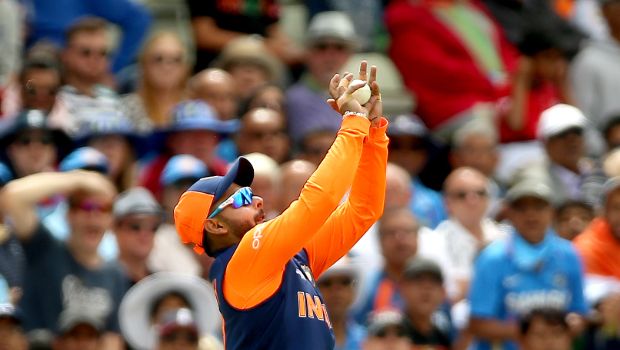 India’s wicket-keeper Rishabh Pant has become the fastest Indian wicket-keeper batsman to score 1000 Test runs. Pant took only 27 innings to get to the milestone as he needed only one run in the second innings at the Gabba.

On the other hand, former Indian captain MS Dhoni took 32 innings to get to the landmark.

Pant didn’t play the first Test match at Adelaide as Wriddhiman Saha was backed as the first choice keeper. However, as Saha couldn’t deliver the goods with the bat, Pant got his opportunity in the second Test match.

Pant might not be the best wicket-keeper but he is surely developing himself into a swashbuckling batsman. In fact, the left-hander also scored a fine knock of 97 runs from only 118 and helped India save the third Test match at Sydney Cricket Ground.

Meanwhile, Rishabh Pant went on to score a match-winning unbeaten knock of 89 runs in the second innings to help his team chase down 328 runs with three wickets remaining. Pant was promoted at number five and he was able to deliver the goods for the team. The pugnacious southpaw batsman scored nine fours and one six in his heroic innings.

Courtesy Pant’s knock, India went on to script history as they won the match by three wickets. India required another 161 runs when Rishabh Pant walked out to bat but he showed great maturity in his strokeplay to take the team over the line.

Thus, Pant was awarded the Player of the match for his superb knock. The left-hander went on to score 274 runs in five innings at an impressive average of 68.50 and he top scored for the Indian team in the four-match Test series.

India have retained the Border-Gavaskar series by winning 2-1. Not many cricket pundits gave India a chance in this series after they were skittled out for 36 runs in the second innings at Adelaide.

India will next face England in the home conditions.