Aus vs Ind 2021: Rishabh Pant can play purely as a batsman in Brisbane – Parthiv Patel 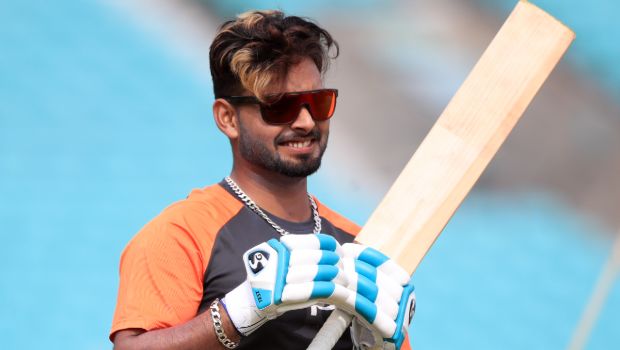 Pant had played a whirlwind knock of 97 runs off just 118 balls in the second innings of the Sydney Test, which helped the team in drawing the third Test match.

Pant impressed with his blistering strokeplay as he was successful in his onslaught against Australian veteran spinner Nathan Lyon. The pugnacious batsman smashed Lyon for three sixes and had also taken him out of the attack. In fact, Pant had also given a glimmer of hope to the visitors to even chase down the imposing target of 407 when he was going strong.

On the other hand, there are question marks raised on Pant’s wicket-keeping. Pant had dropped Will Pucovski twice on the opening day of the Test match when the debutant was on 26 and 32 runs. Furthermore, Pant was hit on his left elbow by Pat Cummins in the first innings and he could not keep wickets in the second innings.

Wriddhiman Saha had taken the field as a substitute keeper in place of Pant. It is well known that Saha is a better keeper whereas Pant brings a X-factor with his fearless batting. Thus, with India’s injury woes, it will make sense if Pant plays as a pure batsman whereas Saha takes the gloves in the fourth Test match.

In fact, Wriddhiman Saha had played the first Test match at Adelaide but he had failed to grab his opportunities.

“There is no doubt in the fact that he (Rishabh Pant) can definitely play as a pure batsman, and we might even get to see that in the next Test match. The way in which he has batted, the way he has carried himself and showed his character, I feel there is a strong case in Tests that Wriddhiman Saha plays as a keeper, and Rishabh Pant plays as a pure batsman,” Parthiv Patel said while talking to Cricbuzz.

Pant has the skills to take the game away from the opposition with his blistering batting and he had turned the tide in the Sydney Test. Pant’s attacking knock of 97 runs helped India in pushing Australia on the backfoot and he would look to continue the good form in the Brisbane Test.

The final Test of the series will take place at Brisbane from January 15.