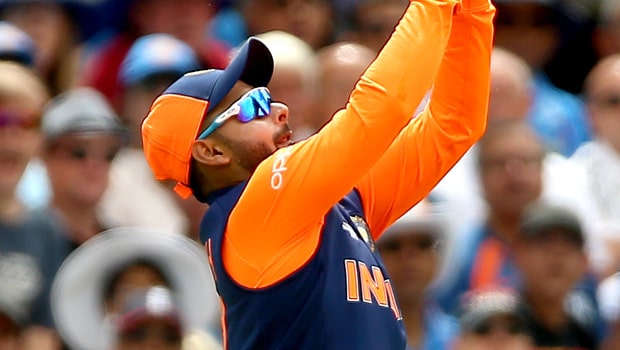 India’s experienced off-spinner Ravichandran Ashwin has heaped praise on the team’s swashbuckling left-hander Rishabh Pant. The southpaw played a whirlwind knock of 97 runs from only 118 balls with the help of a dozen fours and three maximums. Pant started in an uncharacteristic fashion as he crawled to five runs off the first 36 balls he faced.

However, the left-hander soon changed his gears after getting his eye in and catapulted his attack against Nathan Lyon. Pant smashed Lyon for three maximums and pulled him out of the attack with his aggressive batting.

The pugnacious left-hander added 148 runs with Cheteshwar Pujara and gave a glimmer of hope to the visitors to even chase down the improbable target of 407 runs. Pant did the majority of the scoring in the partnership with Pujara and batted at the top of his game. However, the wicket-keeper batsman was unlucky to miss out on a well-deserved century.

As Pant is known to take his risks while batting, Ashwin stated that the combative batsman puts the team on tenterhooks. Ashwin, who faced 128 balls to help India save the Test match, believes the mammoth alliance between Pant and Pujara set them up for a draw.

“Chasing 400 in the final innings with the ball going up and down was never going to be easy. But that knock from Rishabh (Pant) really set us up, that’s the sort of player he is. He’s quite electric, he excites you. You don’t want to be in either dressing room watching him bat. Because if you’re in the opposition dressing room you’re thinking you want his wicket. But we’re sitting there thinking he should have played less shots. He puts you on the tenterhooks all the time. But that knock set us up,” Ashwin said after the match.

Meanwhile, Ashwin also admitted that it was difficult to go for the win after dismissal of Pujara and Pant in quick succession. Hanuma Vihari suffered a hamstring injury and couldn’t run at his best, which forced India to play with a dead bat. In fact, at one stage it looked like India might pull off the heist when Pant was batting aggressively.

“We lost Pant and Pujara back to back which sort of took things back. I tweaked my back last evening, Vihari tore his hamstring, so it was very difficult for us to go for the win after that.”

The final Test of the Border-Gavaskar series will take place at the Gabba from January 15.