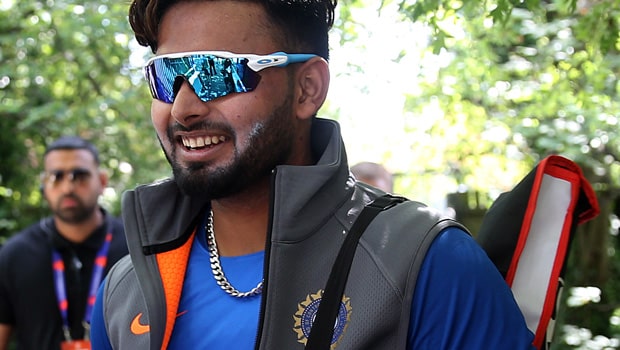 India’s off-spinner Ravichandran Ashwin has confirmed that Rishabh Pant will bat in the second innings for the visitors. Pant was hit on his elbow by Mitchell Starc in the first innings and he looked uncomfortable after taking the blow. Subsequently, Pant couldn’t even keep the wickets and Wriddhiman Saha kept the wickets in his place.

Pant was seen in a lot of pain and he was taken for scans after getting hit on his elbow. However, it was disclosed that Pant didn’t suffer any serious injury. On the other hand, it is reported that Ravindra Jadeja’s thumb injury is more serious and he could be ruled out of the rest of the Test series. Thus, there are question marks if Jadeja will bat in the second innings.

Meanwhile, Rishabh Pant scored an attacking 36 runs in the first innings and looked confident in his strokeplay. However, the pugnacious left-hander looked uncomfortable at the crease after he was hit on his elbow.

Ravichandran Ashwin said in the virtual press conference, “Just for clarification, it has already been mentioned that Rishabh Pant will bat. The broadcasters also made sure that it was announced. I think he will bat, definitely the bruise was quite severe and it was quite painful. The elbow can be a very tricky place to deal with”.

Ashwin added that the team has fought in tough conditions and they will look to do the same on the final day of the third Test match. The off-spinner stated that they will not throw in the towel on the last day. Ajinkya Rahane and Cheteshwar Pujara are at the crease as the visitors scored 98-2 at the end of day four.

Rahane and Pujara will hold the key for the Indian team as they have all the experience under their belt. Both of these are India’s best batsmen in the current line-up and the onus will be on them.

Meanwhile, Rishabh Pant will have a crucial role to play in the run-chase. Pant can get some quick runs and thus he can put the pressure back on Australia if the visitors get off to a good start.