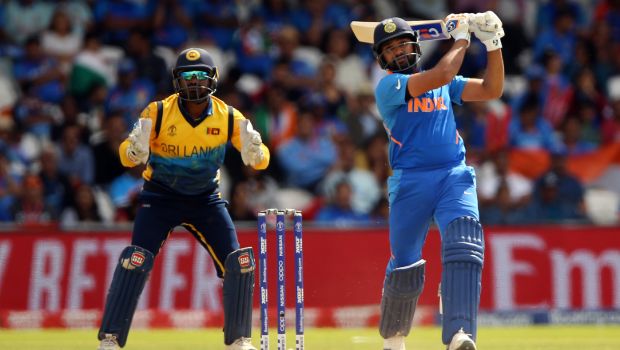 India’s experienced opener Rohit Sharma has definitely added value to the team since he has joined his teammates in Australia.

Rohit has brought experience to the table for the visitors and he has done a fine job thus far for the side. The 33-year old has been exceptional while fielding in the slips and at short mid-wicket.

Rohit bagged five catches in the ongoing fourth Test match at the Gabba, Brisbane and he has joined the elite list of Indian players. The veteran took three catches in the first innings whereas he bagged two more in the second dig. In fact, four of the five catches came in the slips for Rohit Sharma.

It is well known that Rohit is a brilliant fielder and his catching has been exemplary in the two Test matches he has played against Australia.

Most catches as fielder for India in a Test vs Australia (5 apiece):

Meanwhile, not only in the field but also Rohit has played an instrumental role in giving good starts to his team. Rohit was looking in top form in the first innings at the Gabba as he was timing the ball to perfection. The talisman scored 44 runs but unfortunately threw his wicket away when he tried to be aggressive while batting against Nathan Lyon.

Rohit has thus far scored 116 runs in the ongoing series against Australia and he has looked ominous. In fact, Rohit has looked at home while playing against the potent Australian bowling line-up. Thus, Rohit has been able to grab his opportunity as a Test opener in the overseas conditions.

On the other hand, Australia have set a huge target of 328 runs and Rohit Sharma will hold the key for the tourists if they have to get anywhere close to that massive total.