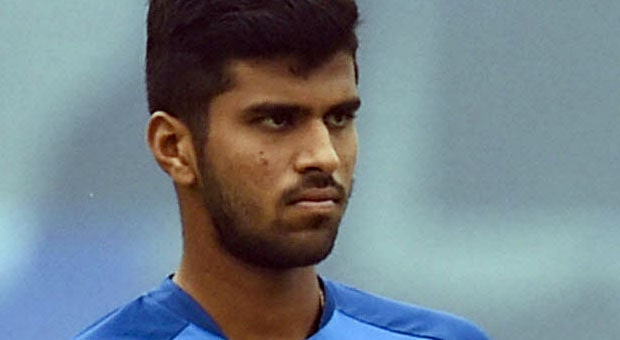 India looked in hot waters in the first innings at the Gabba on Sunday when they lost the wicket of their wicket-keeper batsman Rishabh Pant and they were tottering at 186-6. The visitors were still in arrears by a massive margin of 183 runs. However, Shardul Thakur and Washington Sundar came up with a rearguard partnership.

Washington looked comfortable in his stroke play whereas Thakur got off to mark with a six against the World No. 1 bowler Pat Cummins. Thakur and Sundar played some attractive shots but there was hardly any slogging from the two batsmen.

The pair kept frustrating the Australian bowlers and got their runs with some attacking strokeplay. Both of them brought the 50-run partnership when Washington Sundar got a boundary against Pat Cummins through the third man region.

When the pair registered their 59th run of the partnership, they broke a 30-year old record. Their alliance is now the highest 7th wicket partnership for the Indian team while playing at the Gabba, Brisbane. The previous best was between Kapil Dev and Manoj Prabhakar when they had scored 58 runs back in 1991. Ravichandran and MS Dhoni had added 57 runs back in 2014.

Thakur reached his maiden fifty with a massive six over long-on against Nathan Lyon whereas Washington Sundar also soon reached his personal milestone.

Meanwhile, Sundar and Thakur didn’t stop there and went on to convert their 50-run partnership into a hundred run stand. The pair added 123 runs as they batted at the top of their game. The duo showed great application and determination and fought against all the odds against a quality bowling line-up of Australia.

The partnership ended when Pat Cummins hit the timber when Shardul Thakur was aiming to go for a big shot. Courtesy this partnership, India was able to put up 336 runs on the board and the deficit was only 33 at the end of the first innings. Australia scored 21-0 in six overs before stumps and they currently lead by 54 runs.