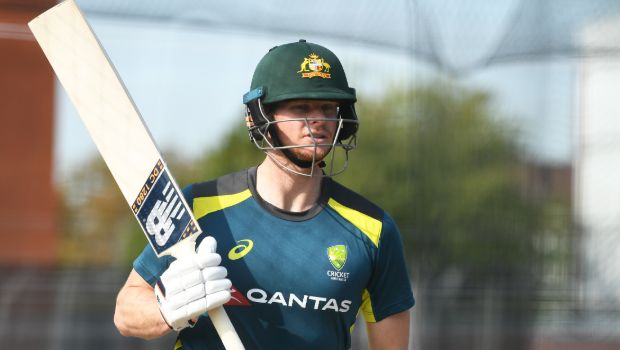 The right-hander got to the landmark in 139 innings as he has become the fastest to 7500 Test runs.

Former Indian legend Sachin Tendulkar and opener Virender Sehwag held the previous joint record as both of them had achieved the milestone in 144 innings. Former West Indies all-rounder Garfield Sobers and Sri Lanka’s linchpin wicket-keeper batsman took 147 innings to get to the landmark.

India’s former number three batsman Rahul Dravid took 148 innings to score 7500 Test runs. Meanwhile, Steve Smith was aggressive in his approach and he was able to hit the ground running. Smith scored his 31st half-century of the Test format as he once again played at the top of his game.

The right-hander was dropped by Mohammed Siraj when he was 42 on the bowling of Washington Sundar at long-on. However, Smith got a peach of a delivery from Mohammed Siraj, who extracted extra bounce from the surface.

Smith has an impeccable average of 62 as he is one of the most consistent batsmen in the red-ball format. The linchpin had two ordinary Test matches at Adelaide and MCG but he got back into form at Sydney with a brilliant hundred and scored 81 runs in second innings.

On the other hand, Australia were dismissed for 294 runs in their second innings and the visitors have been set a huge target of 328 runs.

Mohammed Siraj scalped his maiden five-wicket haul as the young fast bowler has bowled at the top of his game. Siraj has impressed since he has made his debut in the Boxing Day Test match and it must be a proud moment in his young career.