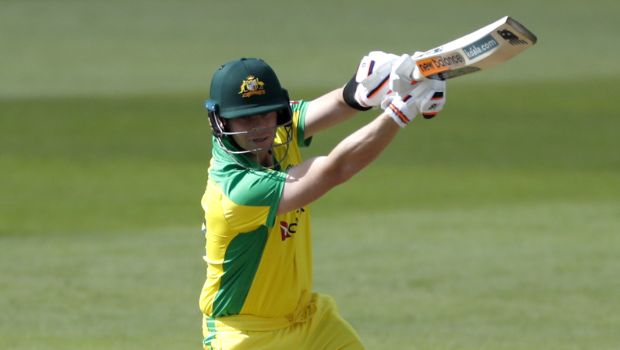 Australia’s talisman batsman Steve Smith roared back to form in the third Test match at the Sydney Cricket Ground against India.

Smith continued from where he left on the opening day of the match and answered his critics in style to score a brilliant 131. The Indian bowlers bowled a middle and leg-side line to the right-hander to restrict his scoring areas but the linchpin was up to the task.

Smith added a fine alliance of 100 runs with Marnus Labuschagne, who scored a fine knock of 91 runs. Labuschagne was dismissed by Ravindra Jadeja when the off-spinner got some extra bounce which generated an outside edge, that was brilliantly taken by Ajinkya Rahane.

Australia kept losing wickets from the other end but Smith was rock solid at the one end. Smith kept milking the Indian bowlers for runs who didn’t have any answers to put a break on his innings.

Smith had shown aggression in his batting on the opening day and made great use of feet against Indian spinners – Ravichandran Ashwin and Ravindra Jadeja. The right-hander tucked Navdeep Saini for a three to deep square leg and brought up his well deserved 27th century.

It meant a lot to Smith as he hasn’t been in the best of forms in the first two Test matches but he was able to prove his mettle. Smith’s celebration also indicated that it meant the world to him. This was Smith’s eight hundred against the Indian team as he has always enjoyed batting against them.

Meanwhile, Smith batted aggressively soon after getting his hundred and took the attack on the Indian bowlers. Mitchell Starc gave some support to the talisman batsman as the left-hander scored 24 runs. Australia and Smith’s innings came to an end when Ravindra Jadeja was able to hit the bullseye when he only had one stump to aim at.

Australia have posted 338 runs in the first innings whereas India added 26 before Tea break on the second day.