Home » Cricket » Aus vs Ind 2021: Steve Smith one of the greatest batsmen the world has seen, he looked confident – Sunil Gavaskar

Aus vs Ind 2021: Steve Smith one of the greatest batsmen the world has seen, he looked confident – Sunil Gavaskar 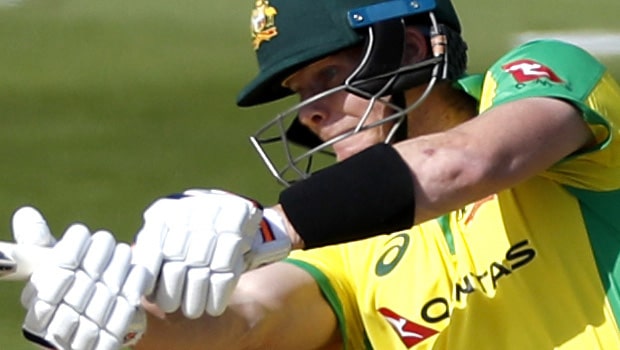 Former Indian legendary batsman Sunil Gavaskar has noted that Steve Smith’s body language looked positive on the opening day of the third Test match at the SCG on Thursday. Smith looked at his usual best as he remained unbeaten at 31 after the end of day’s play.

The right-hander must have gained a lot of confidence after he struck two straight boundaries as soon as he arrived at the crease. Smith was aggressive in his batting approach and decided to take the attack to the Indian bowlers.

The talisman also made great use of his feet to get to the pitch of the ball against Ravichandran Ashwin, who has breathed down his neck throughout the ongoing series. In fact, Smith was able to hit the ground running as he raced to 24 runs off just 25 balls as he timed the ball to perfection.

Smith looked at his best in the middle and he must have gained a lot of confidence after remaining unbeaten on the opening day.

“You can see that from the body language. He was looking to step down the pitch every time Ashwin gave the ball little bit of air and he was quite happy to play the ball towards the on side with the turn, he was leaning more into the drive, so more control over the ball and was keeping it along the ground. Once he got that mid-wicket boundary he got a lot more confident. He is one of the greatest batsmen the world has seen, different method than you would expect, not quite orthodox but the consistency and amount of runs he has scored is phenomenal,” the Sunil Gavaskar told Sony Networks.

Smith had struggled to get going in the first two Test matches as he could only score 10 runs. However, Smith looked aggressive and confident in his approach as he took the attack against the Indian bowlers.

Smith is looking good for a big score and these are ominous signs for the Indian team. The right-hander has been able to turn the tables so far and the visitors will look to dismiss him cheaply on the second day.

Australia ended the opening day at 166-2 and the hosts were able to dominate. It looks a flat SCG pitch and Smith has a great chance of making a big score.